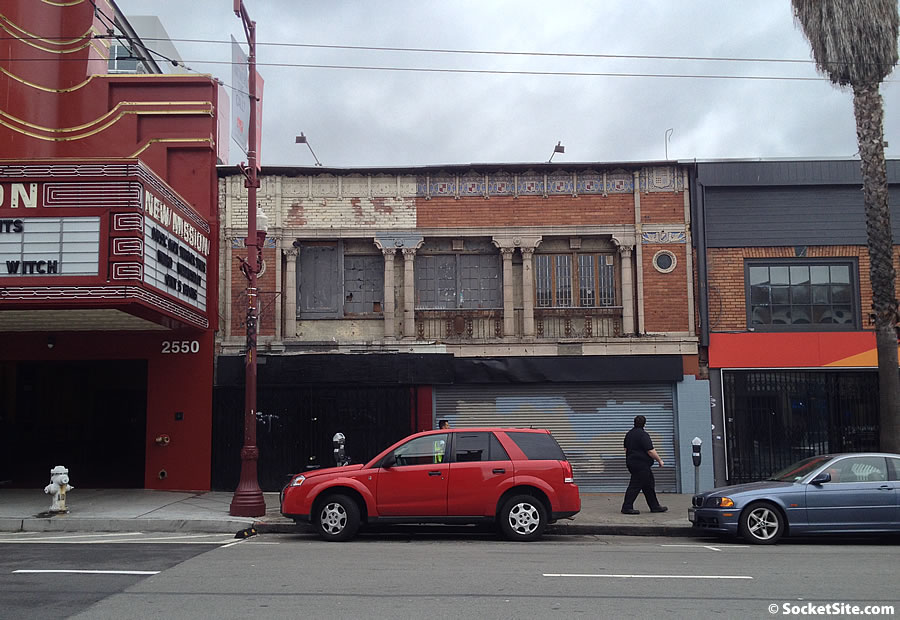 When Rowland Weinstein, owner of the Weinstein Gallery on Union Square, purchased the 13,500-square-foot building at 2548 Mission Street, which sits between the New Mission/Alamo Drafthouse Theater and Foreign Cinema, for $3.8 million amidst much fanfare in 2014, the seller had reportedly turned down an offer for $600,000 more, “preferring to have an art gallery on the block.”

At the time, it was reported that Weinstein was planning to use the Mission Street space for a gallery featuring local artists in conjunction with “a bar concept” which was to open by the end of 2014. But neither the gallery nor bar ever materialized.

And while not accompanied by any press releases this time around, Weinstein has quietly sold the building to an LLC for $4.9 million. And behind the LLC is entrepreneur turned real estate investor, Enrique Landa.

Despite its appearance, 2548 Mission Street is not a historic resource nor protected from being torn down. And the parcel upon which the building sits is zoned for development up to 65-feet in height.