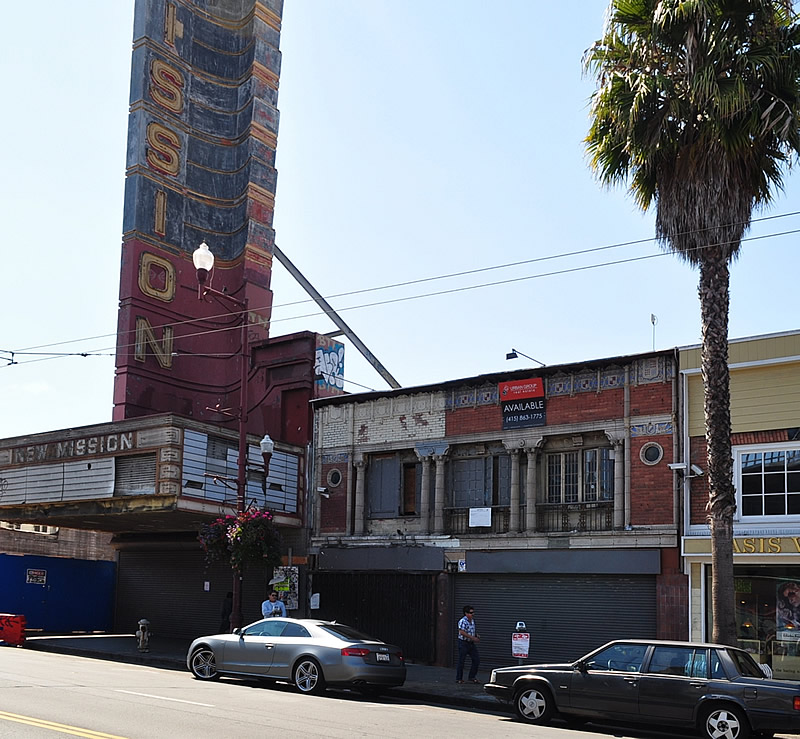 Rowland Weinstein, owner of the Weinstein Gallery on Union Square, has closed escrow on his purchase of the 13,500 square foot building at 2548 Mission Street which is adjacent to the New Mission theater, the 114-unit Vida development, and Foreign Cinema.

While the exterior of the building looks rough, the interior has already been partially renovated by the owner of the Foreign Cinema building, Colleen Meharry, who sold the 2548 Mission space to Weinstein for $3.8 million.  The building had been listed for $4.0 million and Meharry reportedly turned down an offer of $400,000 over asking from a restaurateur, preferring to have an art gallery on the block.

Weinstein is planning to use the Mission Street space to feature local artists in conjunction with “a bar concept” and the gallery is expected to open by the end of the year.