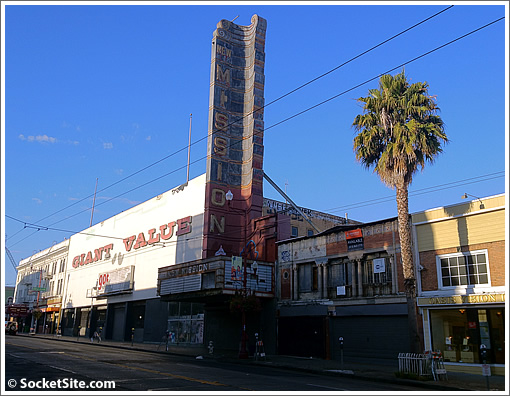 The proposed conversion of the New Mission Theater into a five-screen venue with food and “adult beverage service” which we first reported seven months ago continues to move forward. As we wrote about Alamo Drafthouse Cinema’s plans for the building in February: 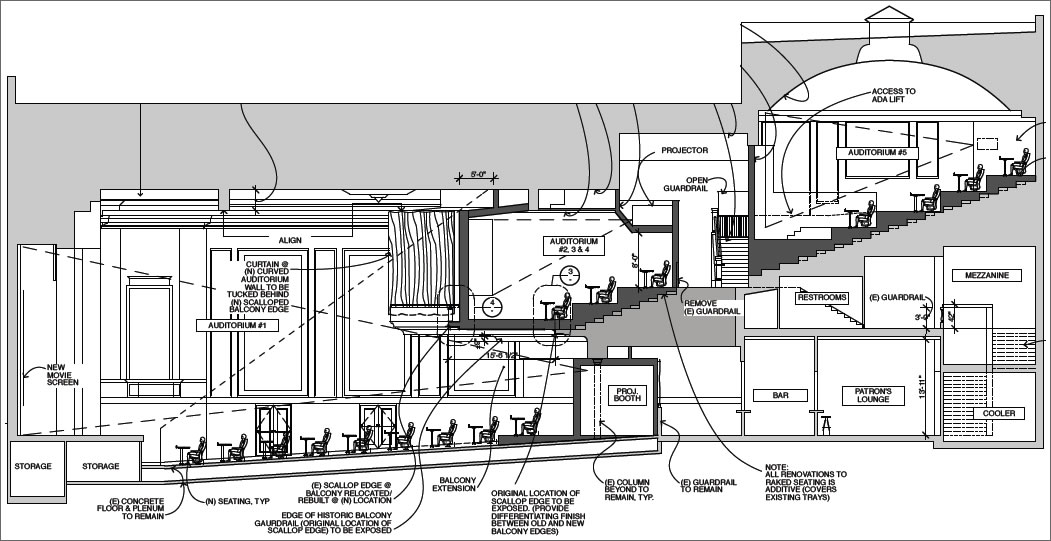 On the outside, the plan “would maintain and restore the character-defining elements on the exterior, including the Art Deco façade; free-standing pylon sign with neon tubes spelling out “New Mission;” cantilevered marquee; and streamlined parapet.”

With terms for Alamo Drafthouse Cinema to purchase and renovate the property pending City approvals in place, and now targeting an end of 2013 re-opening, the plans for the New Mission Theater and the housing project next door are currently scheduled for another hearing with San Francisco’s Historic Preservation Commission in December.

Transbay Developments: Block 9 RFP About To Make The Rounds

The Seven Issues And Three Sides To 1050 Valencia's Five Stories