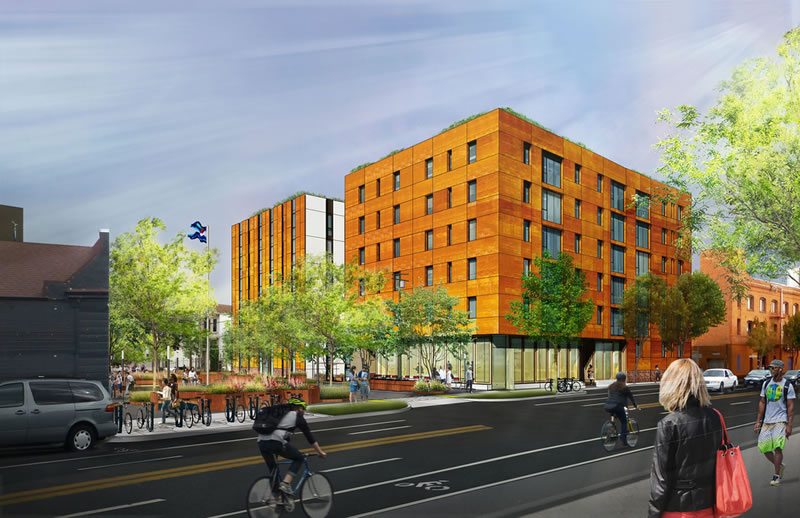 As part of the approved 1532 Harrison project, which should break ground later this year and rise up to seven stories at Harrison and 12th Streets, the stretch of 12th between Harrison and Bernice will be converted into a “slow street” and public outdoor space dubbed Eagle Plaza, with permanent planters, benches and flex-areas for additional seating, services and various events.

And with refined designs and renderings for the Plaza in hand, this week the team behind the development of 1532 Harrison Street will seek the City’s approval to dedicate $1.5 million of the building’s $1.6 million in impact fees towards the development of the $2 million Eagle Plaza, and with a commitment to open the plaza in 2018. 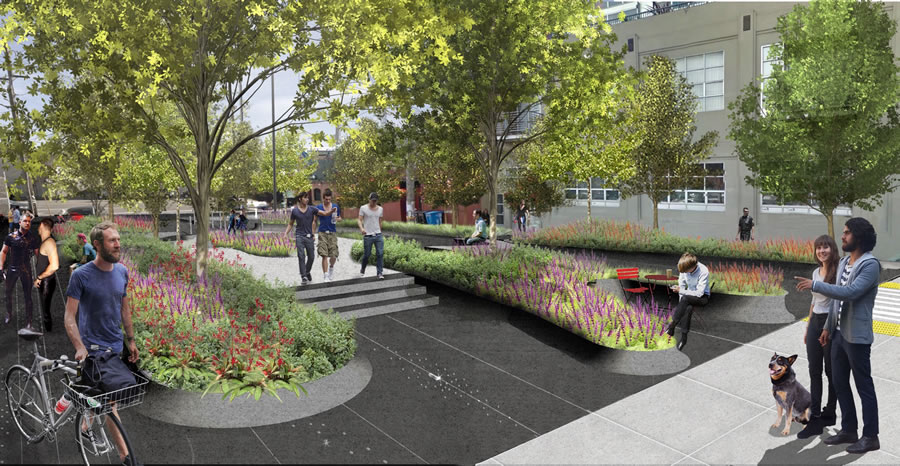 LinkedIn's Tumble Could Roil the Market in San Francisco