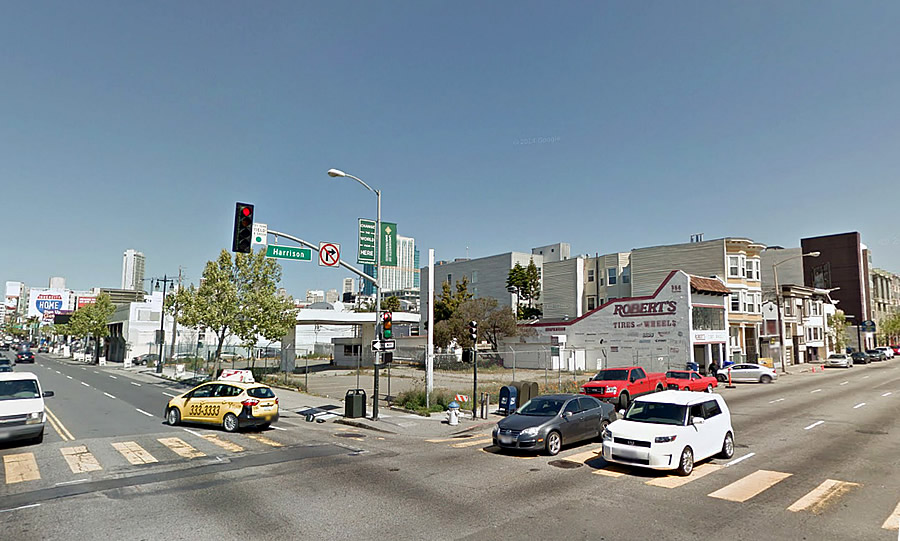 Having shed its current Sixth Street address and associations, the proposed 8‐story building to rise at 988 Harrison Street, on the northeast corner of Sixth and Harrison across from The EndUp, is slated to be approved by San Francisco’s Planning Commission at the end of this month. 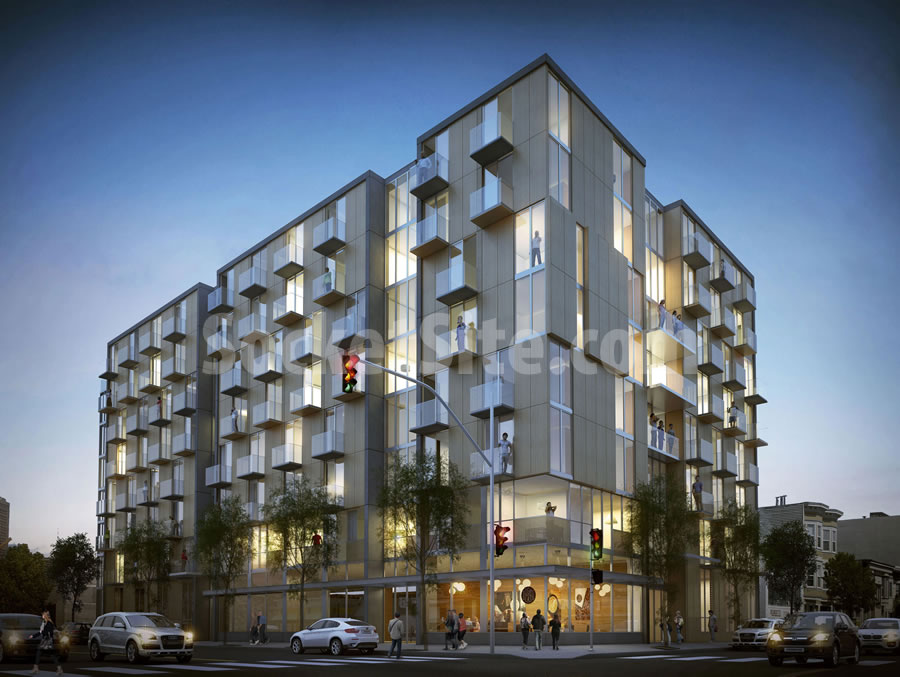 The refined plan by Workshop1 now calls for 100 residential units – a mix of studios, one-bedrooms and two-bedrooms, with an average size of around 625 square feet apiece – to rise up to 85-feet in height over 6,500 square feet of commercial space and an underground garage for 73 cars.

If approved, the entrance to the building’s garage and a couple of lofts will line the northern edge of the development along the south side of Clara Street. 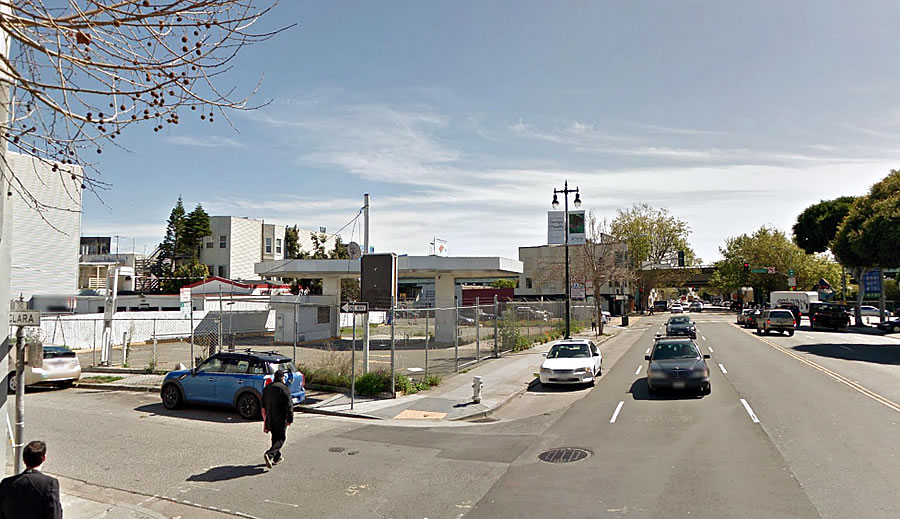 And once again, as the former gas station site’s underground tanks have already been removed, the project team is estimating the development will only take 20 months to complete from the day it breaks ground.