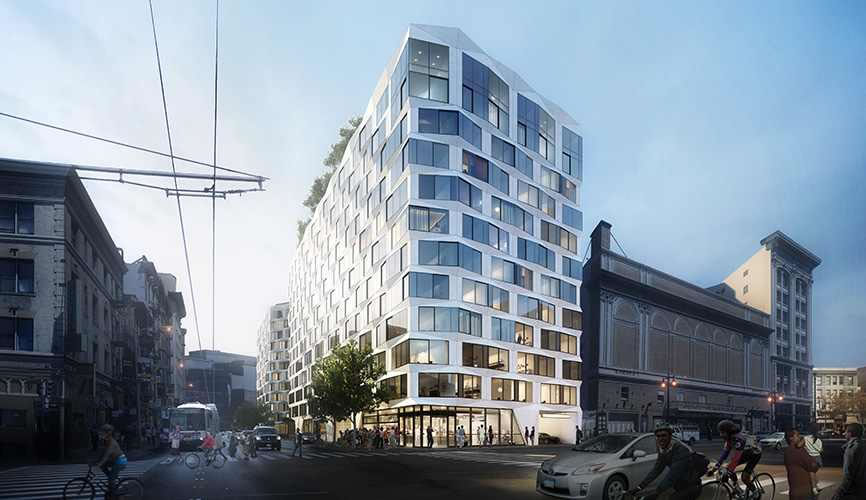 With new plans in hand for a downsized development which will cover half the triangular Mid-Market block bound by Market, Turk and Taylor, while leaving The Warfield and Crazy Horse Theater buildings in place, Group I’s proposal for a 12-story building to rise at 950 Market Street is closer to reality, having just been granted a Preliminary Mitigated Negative Declaration with respect to its expected environment impact, which is a good thing if you’re the developer. 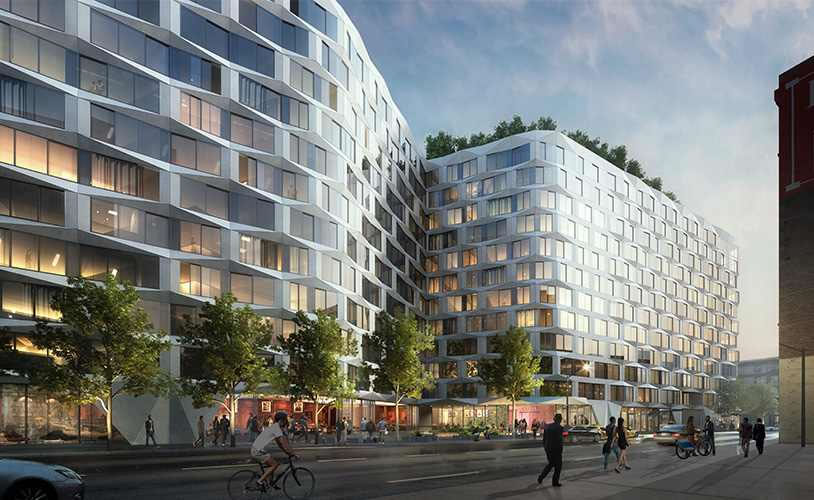 Once again, while the BIG plans for a 200-foot-tall building with a 75,000-square-foot arts center, 300 units of housing, and a 250-room hotel have been ditched in favor of the shorter development for which a rezoning won’t be required, the 120-foot building will still yield 247 condos, a 232-room hotel and 16,800 square feet of retail space spread across the development’s ground floor. 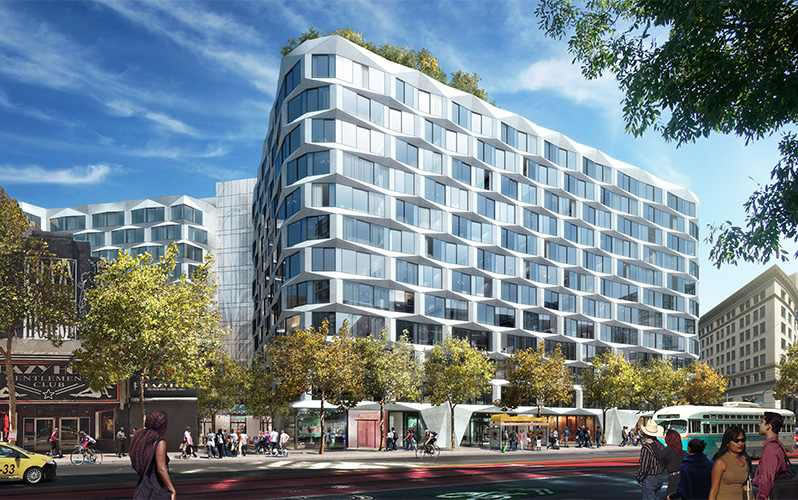 And if approved by Planning, the redesigned 950 Market Street project will take an estimated 27 months to complete once the first wrecking ball swings.

UPDATED UPDATE: In response to a reader’s query as to the project’s ground floor layout and retail plan, the latest and greatest as delivered by a plugged-in tipster: