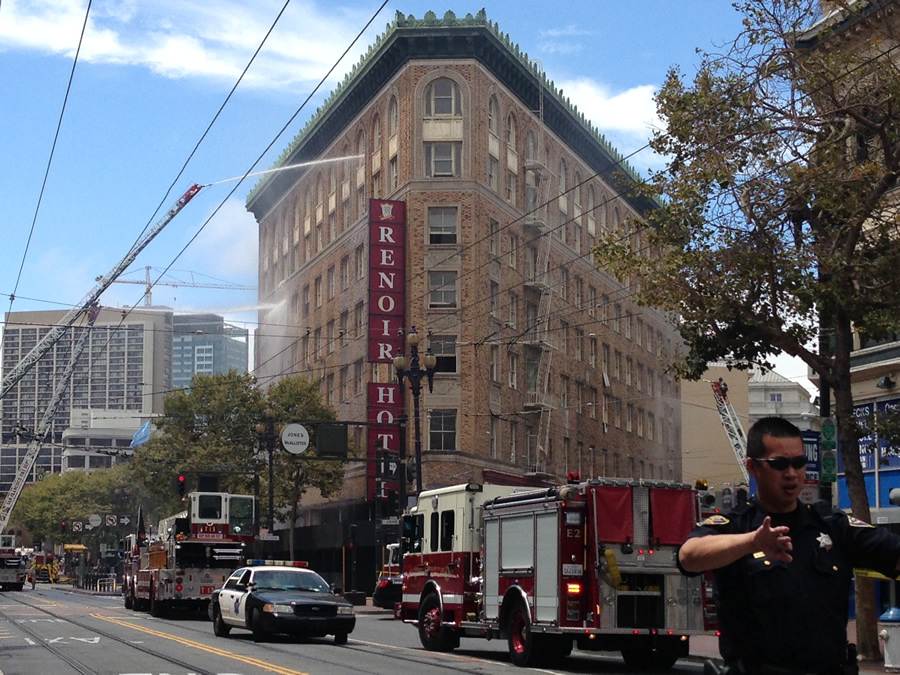 Built in 1909 and slated to re-open later this year as a hip four-star hotel, the historic Renoir Hotel building at 45 McAllister Street caught fire this afternoon and reached a four-alarm-level blaze before the fire was contained.

Having closed on their purchase of the Renoir early last year, The Kor Group, developer of the trendy Viceroy Hotels and Resorts,  is in the midst of a $30 million renovation of the 135-room Renoir.  Plans for the property include a number of new restaurants and bars on the ground floor as well as a 4,500-square-foot roof deck and lounge.

All The Way From A to L: San Francisco’s Ballot Measure Rundown