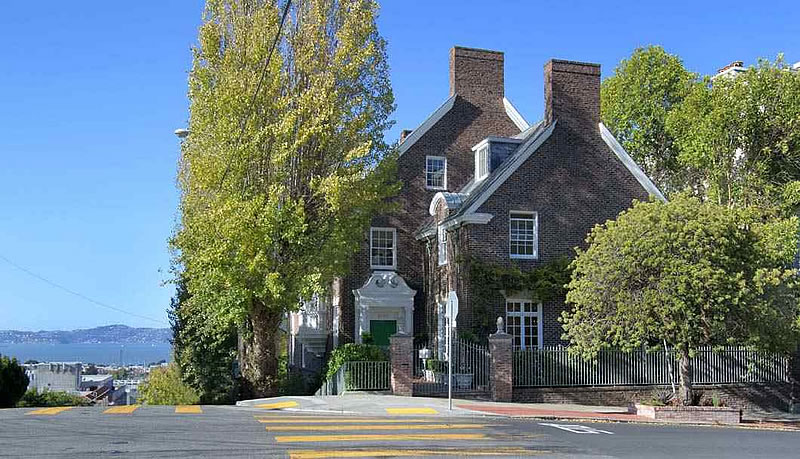 Having been on and off the market for the past seven years and originally listed for $17,800,000, the Pacific Heights home at 2090 Vallejo Street has closed escrow with a reported contract price of $9,500,000, making it the most expensive home sale in San Francisco last month.

Designed by Clarence Tantau for City of Paris founder Benjamin Schlesinger in 1919 and then restored by European craftsman at a cost of over three million dollars in 1993, the original listing for the 10,340 square foot home boasted an “exquisite jewel-like interior including lavish wall panels, columns, extraordinary three-dimensional moldings, impressive Frescos and opulent 24-carat gildings.”

With the “jewel-like interior, lavish wall panels, impressive Frescos and opulent 24-carat gildings” since painted over, the property returned to the market last year listed for $10,950,000 and was reduced to $9,950,000 in May.

Inevitable Slowdown For S.F. Rents, Acceleration For The East Bay