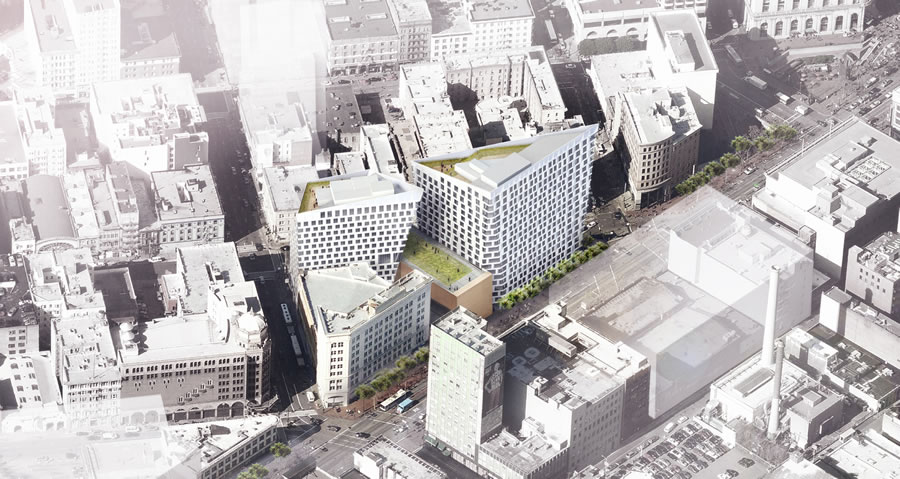 Group I’s plans for a modern Mid-Market hotel, residential and retail complex to rise up to 200-feet in height at the corner of Market and Turk have been downsized, and the development’s proposed 75,000-square-foot Center for Arts & Education to rise at Turk and Taylor has been altogether cut. 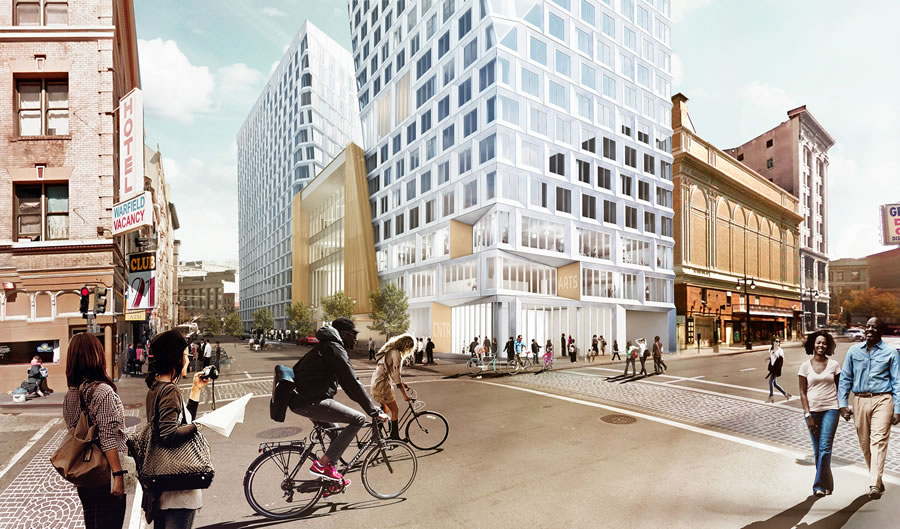 From the Chronicle’s report:

The decision came as an unpleasant surprise to City Hall staffers who had been working with Group I for more than two years to craft a deal that would have allowed the developer to exceed current height restrictions by 80 feet. In exchange, Group I would have built performance spaces for Tenderloin theater and dance groups, as well as subsidized office space for arts groups. The proposal, designed by Denmark’s Bjarke Ingels, called for 300 housing units and a 250-room hotel.

Negotiations were hampered from the start because the city, the arts organizations and Group I could never agree on how development costs would be divided. The arts groups, as well as officials in Mayor Ed Lee’s administration, were pushing for the developer to bankroll construction of the shell of the performing arts spaces. Group I always insisted that the arts nonprofits pay 50 percent of construction costs — an investment that would have run more than $15 million.

Group I will now move forward with a redesigned 120-foot project, the height for which the parcels are zoned, but with far fewer rooms and residential units than originally proposed and rendered above. 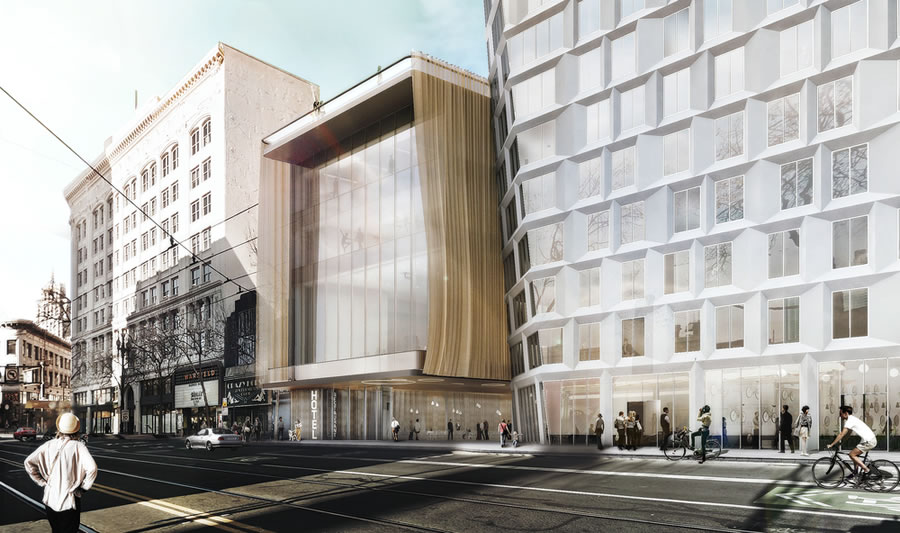 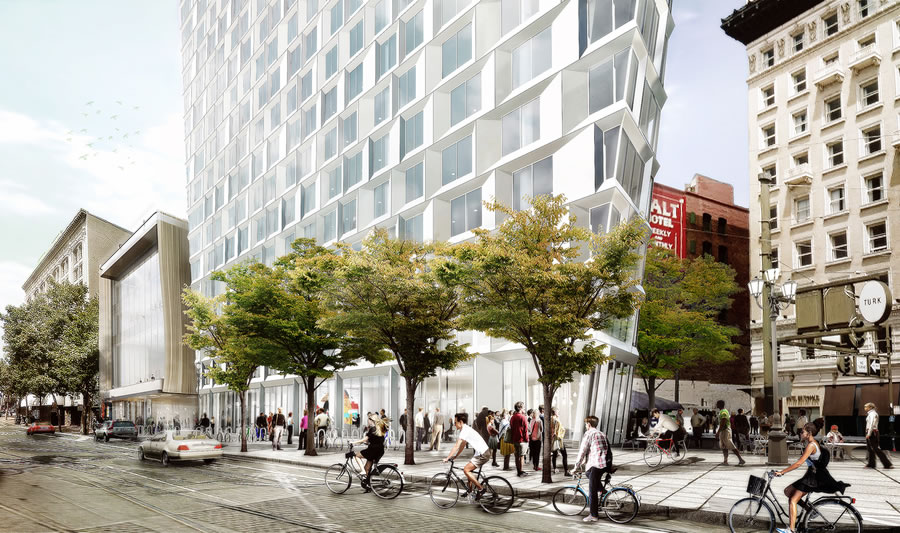