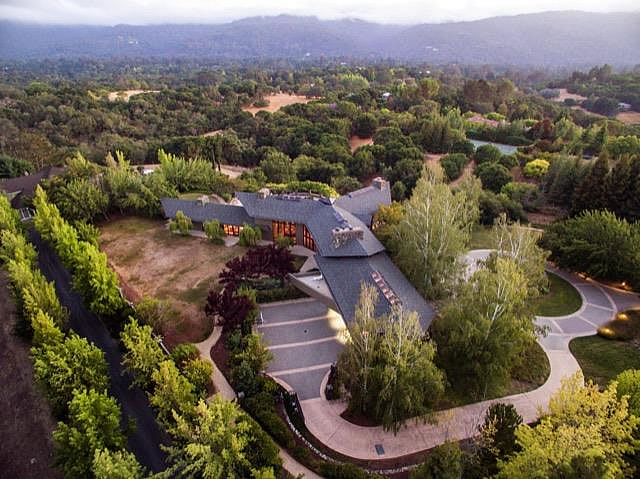 On the market for $20 million in 2014, the ‘one-of-a-kind’ Woodside home at 6 Quail Meadows Drive was formally listed for $17.5 million early last year.

Withdrawn from the MLS in June and re-listed for $13.995 million in September, with ‘one’ day on the market and no reductions according to the official industry stats, the asking price for the 8,660-square-foot home with teak ceilings that reach 35-feet in height has just been reduced to an even $10 million. 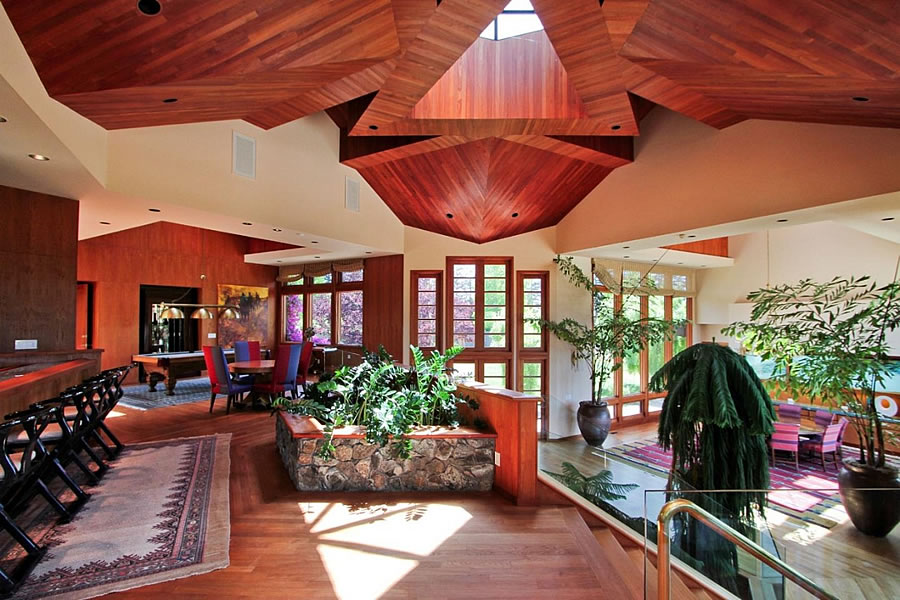 Built in 1989, the five-bedroom home and sits on three and a third landscaped acres, with a pool, patio, solar array, and paths around the gardens and grounds. 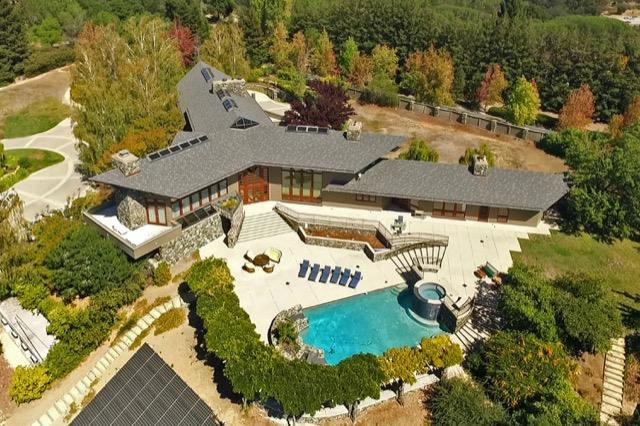