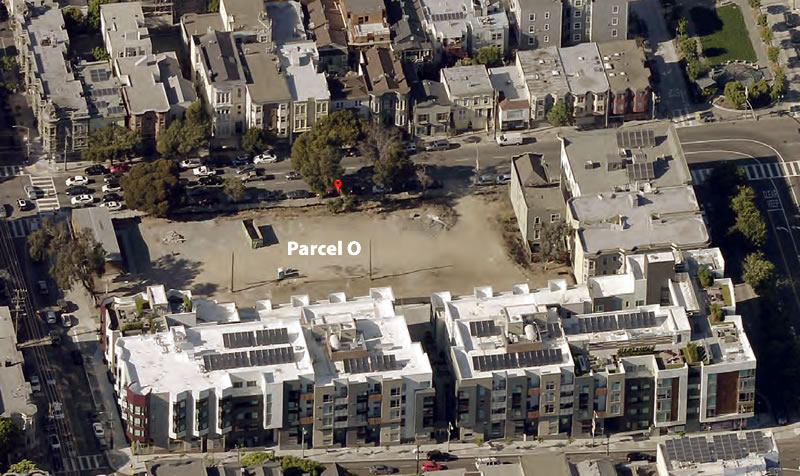 The public hearing for the proposed six-story Hayes Valley development with 108 below-market-rate apartments to rise up to 50-feet in height at 455 Fell Street, upon San Francisco’s Central Freeway Parcel O which once served as the northern half of the Hayes Valley Farm, will be held this week. 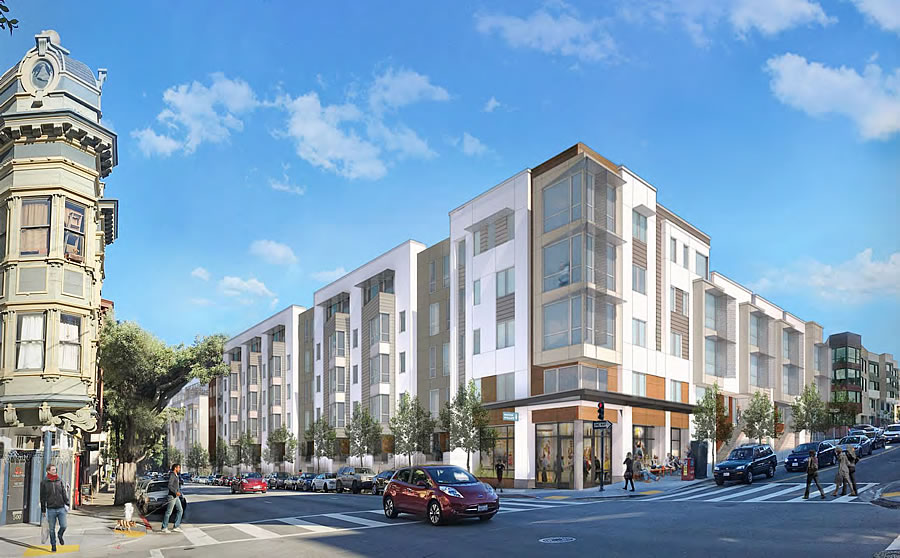 In addition to the 108 apartments, the proposed development includes 1,200 square feet of retail space at the corner of Laguna and a mid-block community garden and passage between Hickory and Fell.

The project as proposed by Mercy Housing and designed by Leddy Maytum Stacy and Paulett Taggart Architects includes a storage room for 108 bikes but no garage for autos. And while at least one neighbor is on record as opposing the project for its lack of parking in an already congested neighborhood (“it is insane to think that no one living, working, or visiting this building will not have a car or truck”), San Francisco’s Planning Department is recommending the City’s Planning Commission approve the project as proposed.

And speaking of concerns, from the Hayes Valley Neighborhood Association which supports the development:

“We ask that the midblock passage be kept from being lifeless and uninviting. We are very disappointed with the outcome of [Avalon’s] neighboring Parcel P, which is barren. In that case a promise to the community was broken. And the city has done nothing to mitigate the broken promise. We urge that something be memorialized in advance of approval, and that you aggressively push Avalon Bay to cooperate in creating a full mid-block passage welcoming to all neighbors.”