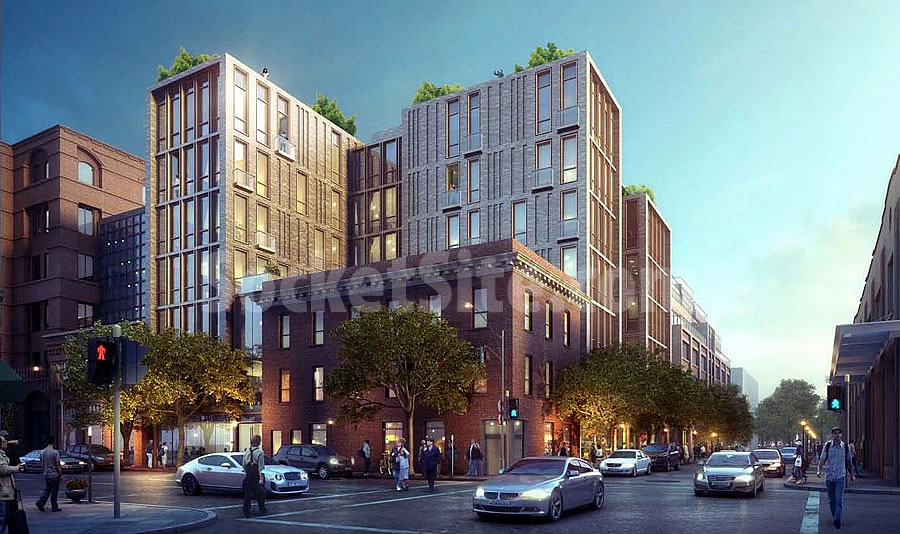 As we first reported in October, plans to raze the one-story Financial District building at 290 Pacific Avenue – which was originally home to a blacksmith’s shop and more recently occupied by the restaurant Globe – were one step closer to reality, with San Francisco’s Planning Department having issued a Preliminary Mitigated Negative Declaration for the proposed seven-story development to rise upon the site which was once San Francisco’s waterfront.

And with the signature of San Francisco’s Environmental Review Officer secured this past Friday, the Mitigated Negative Declaration, which allows the project to move forward without a lengthy environmental review, is now Final but with an amendment.

Designed by Handel Architects, the proposed 240 Pacific Avenue project, which consists of 33 condos over 2,000 square feet of retail space fronting Pacific, will encompass the two adjacent parking lot parcels and wrap around the Old Ship Saloon building on the corner, with the development’s main entrance at 720 Battery. 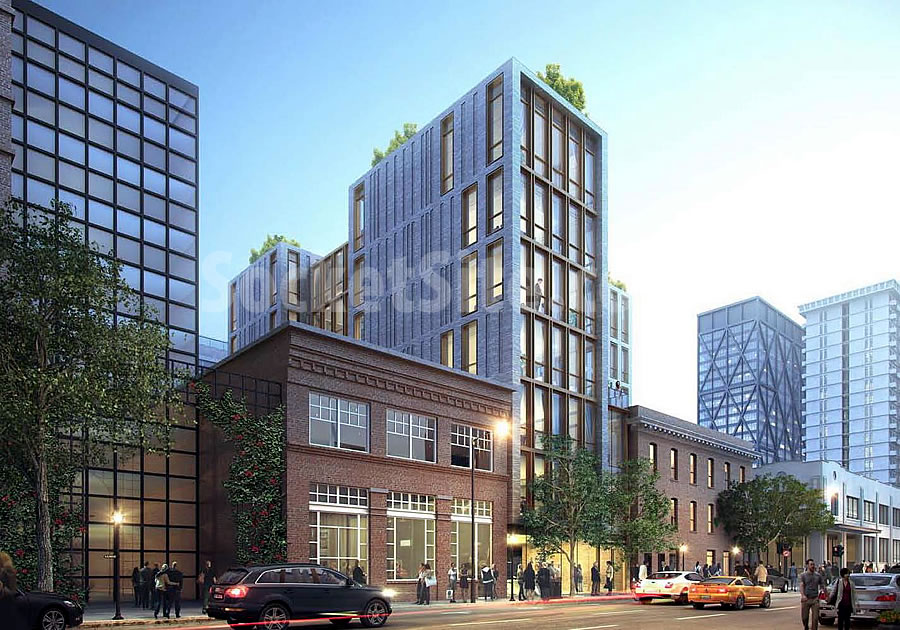 Reconstructed as a three-story brick building in 1907, following the 1906 earthquake and fire, the Old Ship Saloon was originally the sailing ship Arkansas which was grounded on the site in the late 1800s, after which a hole was cut in its bow and the saloon and a makeshift boarding house were born.

Assuming the development is approved by San Francisco’s Planning Commission this week, once the ground is broken, the project will take roughly 18 months to complete, not accounting for any significant archaeological finds that require additional care to recover or document.