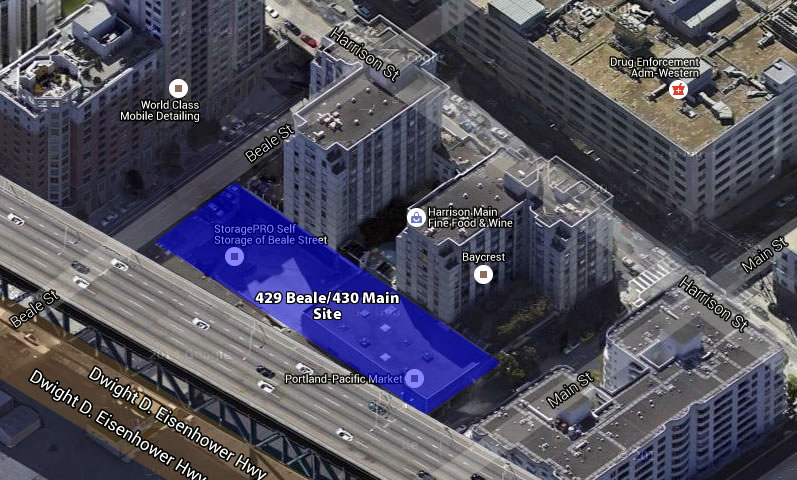 Originally approved for development back in 2009 but waylaid by a successful appeal to San Francisco’s Board of Supervisors, an appeal which was championed by a group of neighbors primarily concerned about a loss of light and views for their Baycrest condos and pool, the plans for a 144-unit building to rise at 430 Main/429 Beale are ramping up and making their way through Planning. 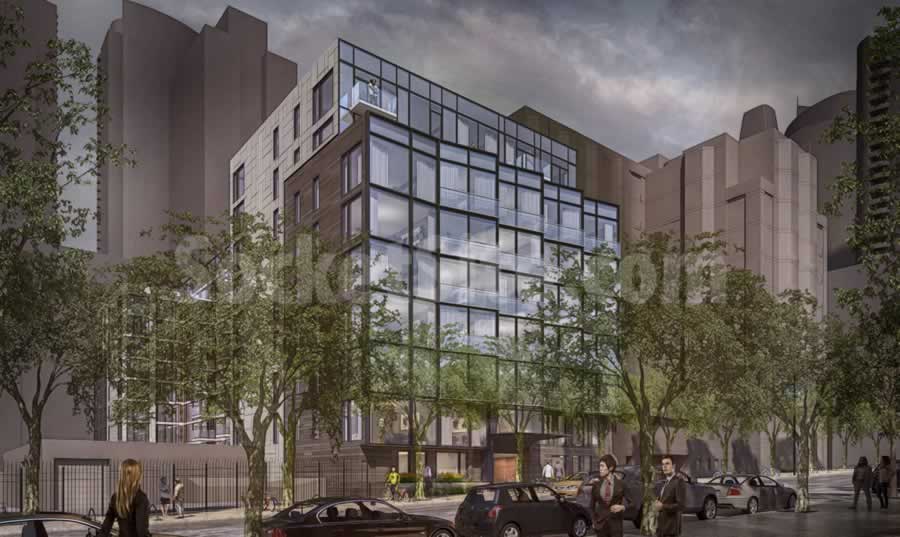 As proposed by War Horse and Tidewater Capital and newly designed by SCB, the development would raze the existing one and two-story storage buildings on the Rincon Hill site in order for the 9-story building to rise, with the entrance to the basement garage for 101 cars (and 119 bikes) fronting Beale. 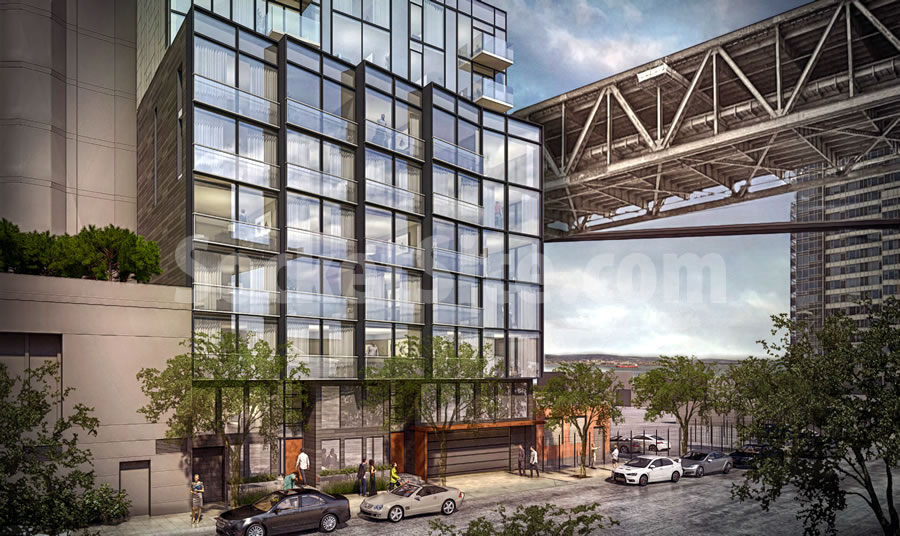 When originally approved, the then-developer had agreed to keep the project as rentals for at least 20 years before converting to condos. No official word on the new development team’s long-term plans.

And the formal application to proceed with the revised plans for the development of 430 Main Street was officially filed last week.