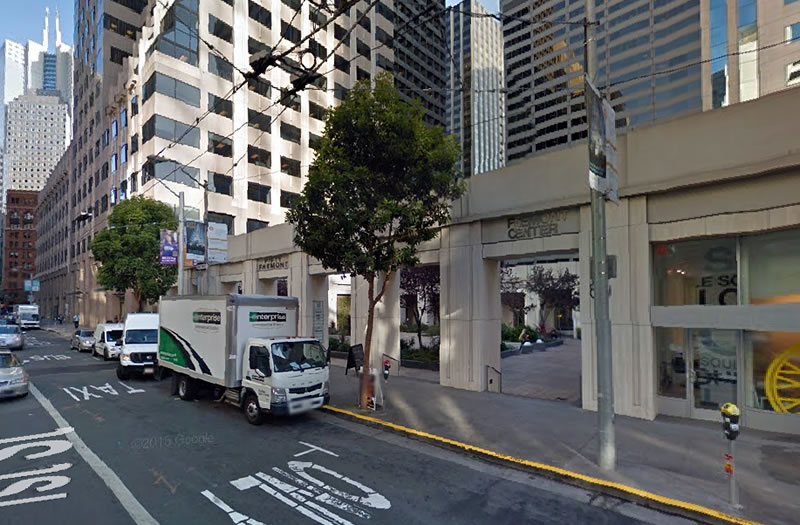 Salesforce.com is planning to convert 13,000 square feet of existing office and restaurant space on the first and second floors of their tower at 50 Fremont Street into a childcare center for up to 125 children of Salesforce employees.

And as a plugged-in tipster notes, the plans include converting 8,900 square feet of the building’s publicly accessible open space [see UPDATE below] into fenced-in private outdoor play areas for the children, including the current 7,500-square-foot plaza which fronts First Street, as pictured above and rendered below. 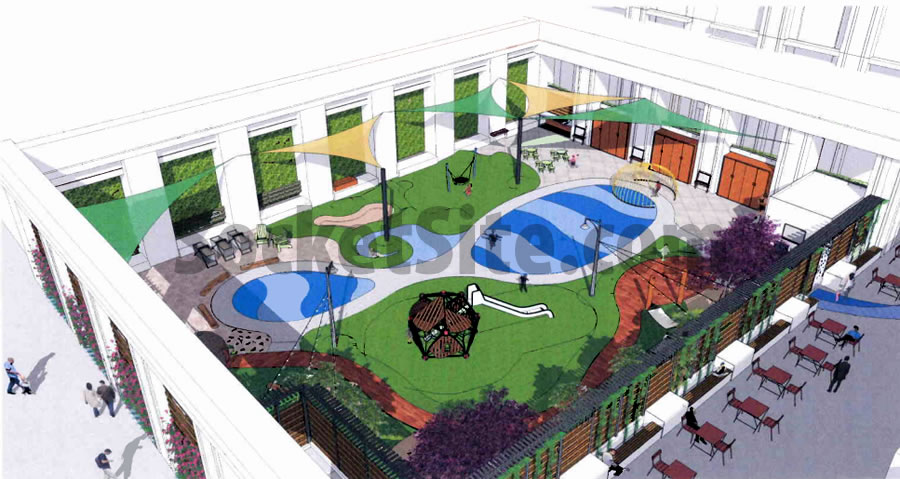 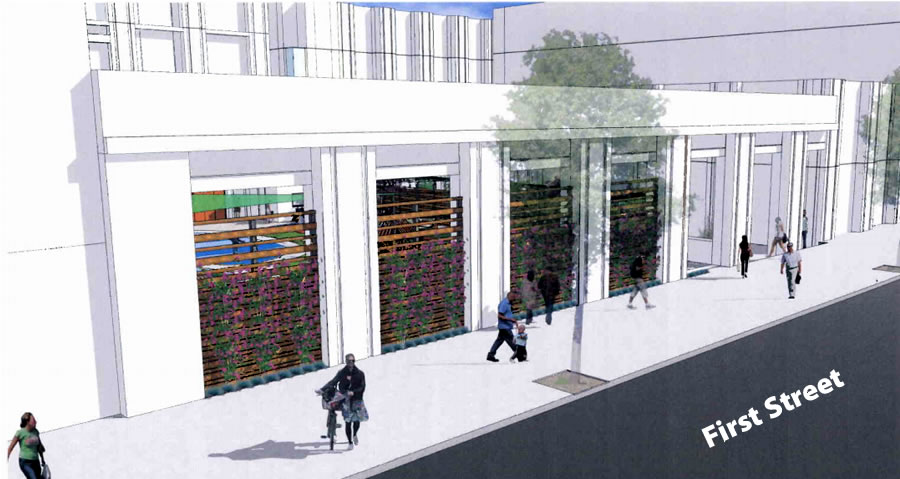 Around 1,400 square feet of 50 Fremont’s mid-block passageway, which connects the plaza to Mission Street, would be fenced and converted into a private play area as well. 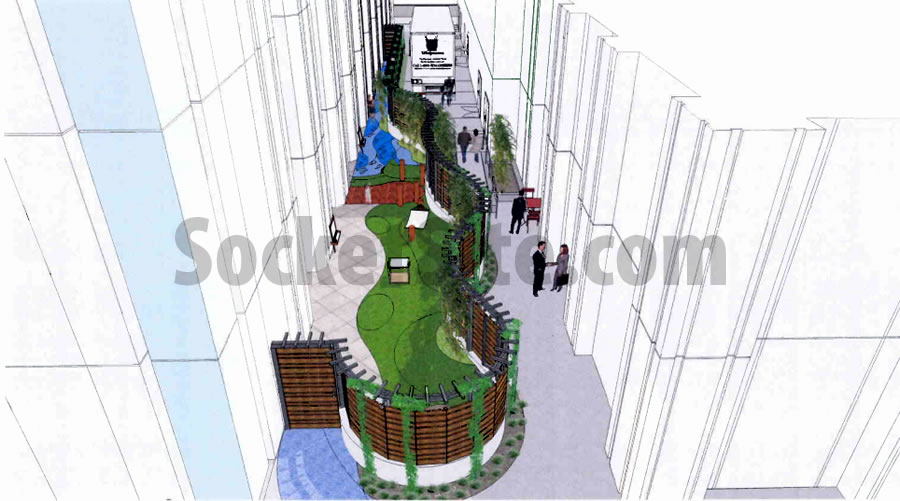 If approved, construction would happen in two phases, with Phase One focused on the first floor improvements and slated to last four months.