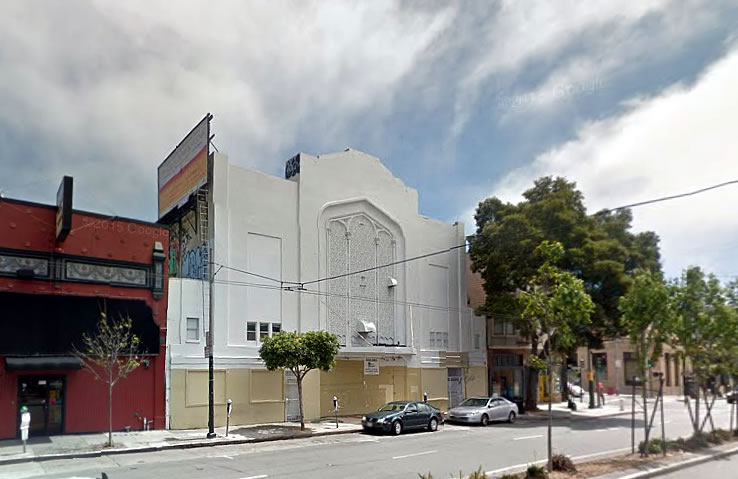 Abandoned back in 2008 following years of battling with Planning and preservationists, plans to rehabilitate the long-shuttered Harding Theater at 616 Divisadero Street as an arcade and bar dubbed “The Emporium,” with new retail in the storefronts fronting Divisadero as well, have been revived and could be approved by San Francisco’s Planning Commission in two weeks.

In addition to the redevelopment of the theater building, the proposed project includes the construction of a new five-story building with seven residential units, five one-bedrooms and two three-bedrooms, over two parking spaces on the rear portion of the L-shaped theater parcel which fronts (1282) Hayes Street. 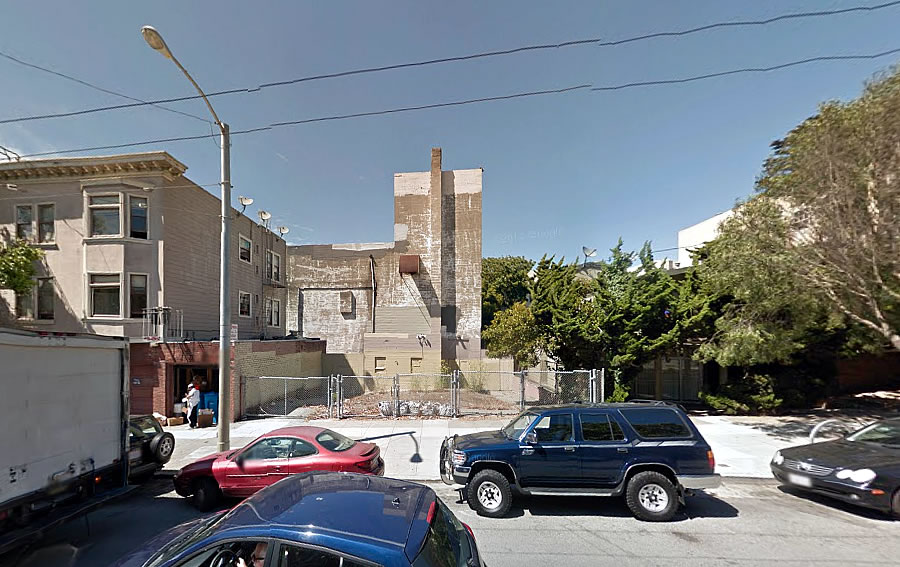 Plans for redeveloping the Harding Theater site have been in the works since 2003, when a proposal to raze the theater, which was then being used as a church, and build up to 18 residential units and 5,500 square feet of retail space was approved and then challenged.

UPDATE: As a plugged-in reader correctly notes, our project rendering above was from 2008 and the design for the proposed residential addition along Hayes Street has changed.

The revised design will leave the entire theater building – save the small one-story mechanical room addition which juts out into the undeveloped portion of the parcel along Hayes – intact.

We should have the latest renderings later this week.