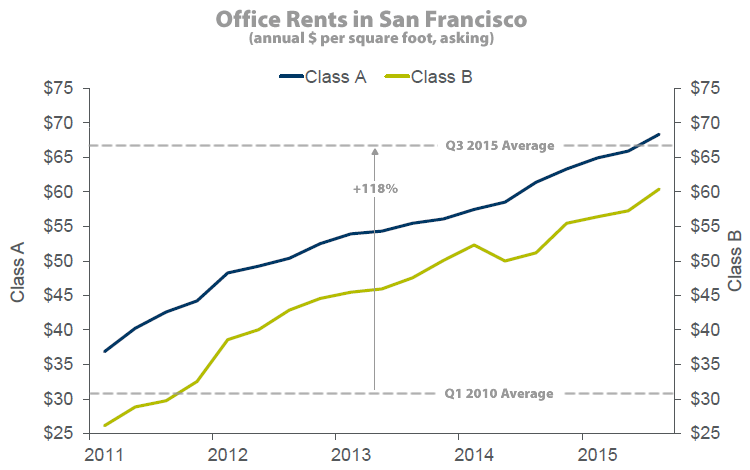 The average asking rent for San Francisco office space hit a record high of $66.71 per square foot at the end of the third quarter, surpassing the previous record of $66.00 per square foot set in the fourth quarter of 2000.  And at 6.0 percent, the current office vacancy rate is the lowest since the 3.6 percent rate recorded at the height of the dot-com boom, according to Cushman & Wakefield.

That being said, the amount of leased but vacant space that’s available for sublease has ticked up for four quarters in a row and now measures just under a million square feet, the highest since the fourth quarter of 2010.  And 1.4 million square feet of new office space will be ready for occupancy by the end of the year, 96 percent of which has been pre-leased but a portion of which could be subleased as well.

In addition to the buildings slated to open by the end of the year, another 7.1 million square feet of office space is under construction or entitled for development in San Francisco, 22 percent of which has been pre-leased.