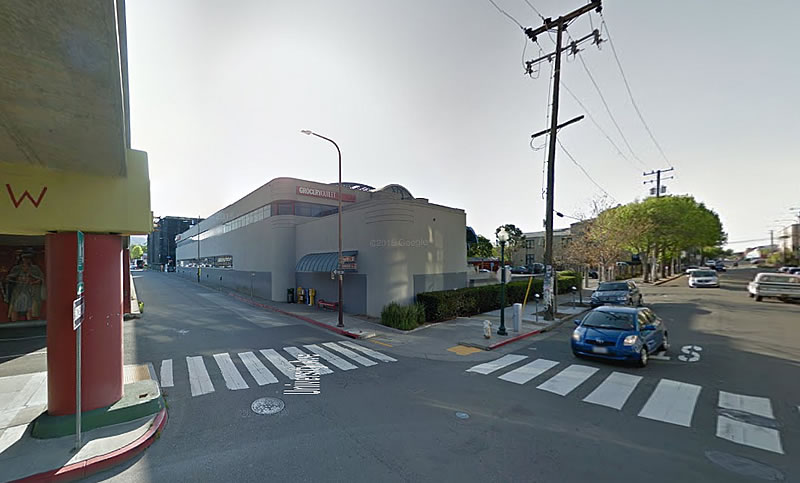 When the plans for a complex of five-story buildings – with 152 residential units over a couple of smaller retail spaces – to rise on the Grocery Outlet site at 2001 Fourth Street in Berkeley were approved late last year, the loss of the low-cost grocery store and its impact on the neighborhood was a primary concern of those opposed to the project. 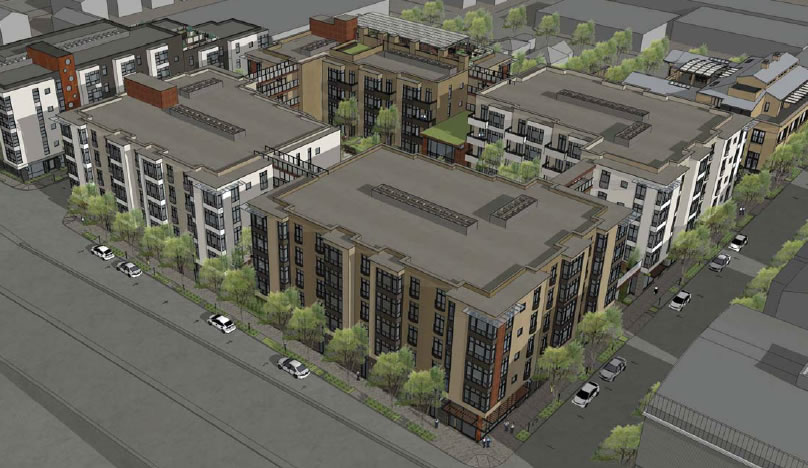 Regardless, Grocery Outlet was already planning to vacate the building and the proposed re-development was unanimously approved by the City.

The proposed plans for the site, however, have since been revised. And if approved this week, the ground floor retail space will be more than doubled to 9,285 square feet, “to provide a retail space that would be suitable for a neighborhood-serving grocery store” along Fourth Street and one or two smaller restaurant and/or retail storefronts at the corner of Fourth and University.

An additional 24 parking spaces, for a total of 219, are proposed for the project as well to support the additional retail.

The Read Family founded Grocery Outlet in San Francisco and moved the company to the office space above the Fourth Street store in 1992. The 2001 Fourth Street site is owned by Read Investments, which leases the building to the retailer. Grocery Outlet’s corporate headquarters moved to Emeryville in 2013.

A South Park Condo And Seller Take A Hit