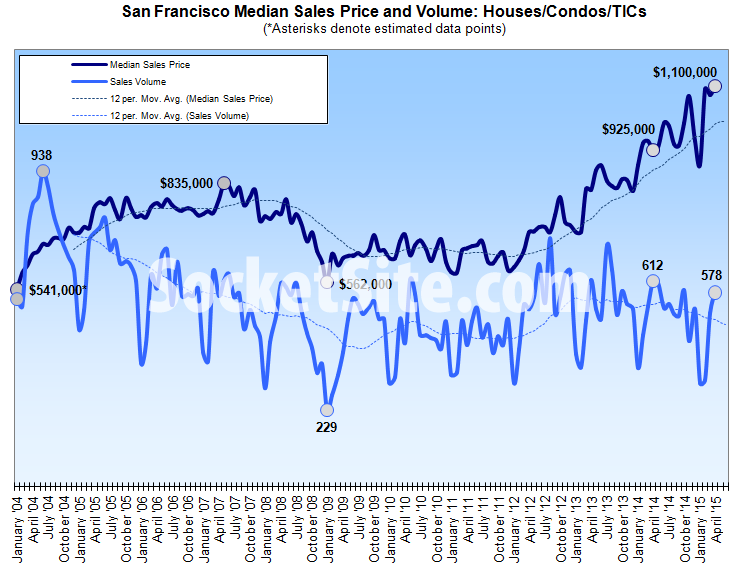 With inventory ticking up and price reductions as well, recorded home sales activity in San Francisco was 6 percent lower on a year-over-year basis in April versus 4 percent lower the month before.

Sales activity did increase 12 percent from March to April with seasonality in play. And in fact, the month-over-month increase was roughly 9 percentage points higher than the average seasonal increase of closer to 3 percent that we’ve recorded over the past ten years. But the 12-month moving average continues to trend down.

Price Reductions On The Rise In San Francisco