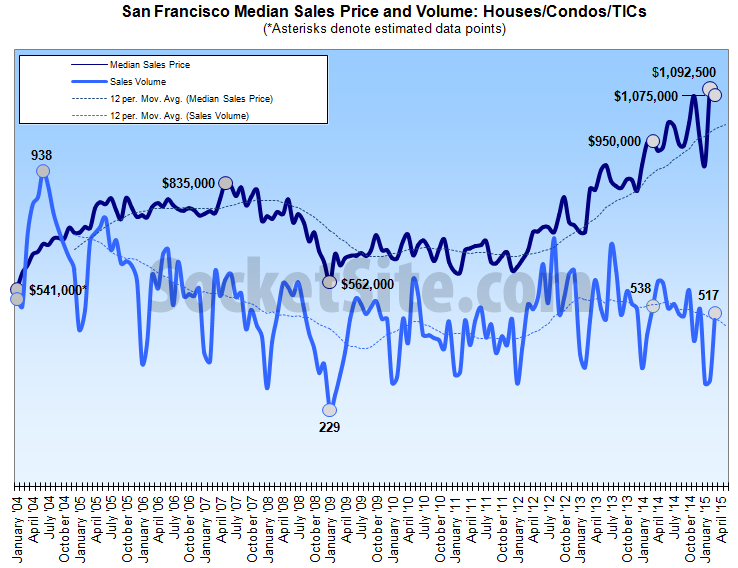 With inventory ticking up, recorded home sales activity in San Francisco was 4 percent lower on a year-over-year basis last month but jumped 63 percent versus February, primarily due to normal seasonality and a 30 percent drop in sales the month before.

Sales activity in San Francisco typically increases around 40 percent from February to March.