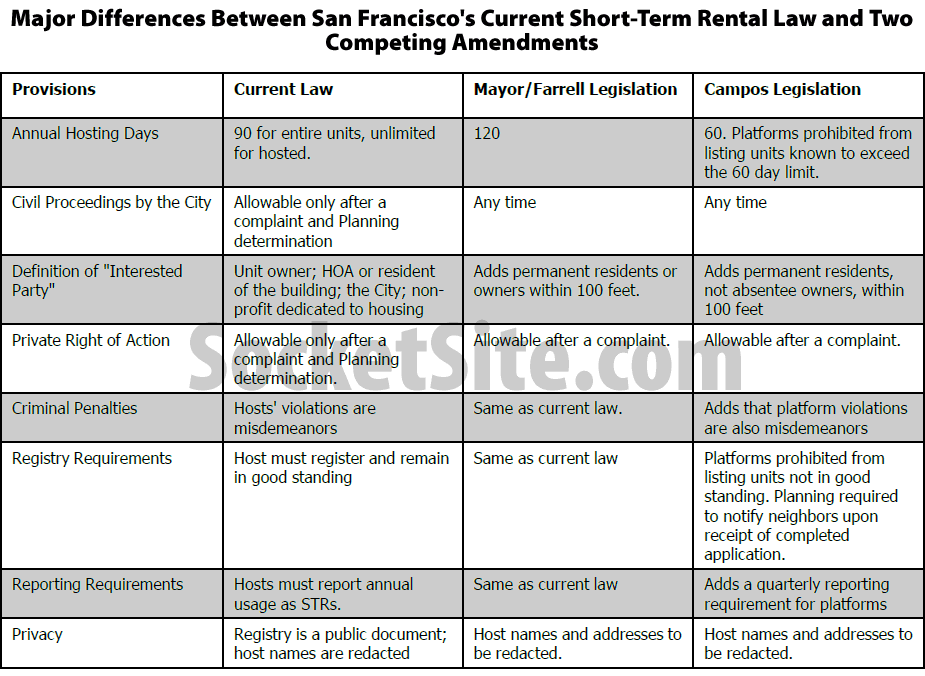 The analysis is thin, but the summary table of major differences between the two competing pieces of legislation to amend San Francisco’s new short-term rental law, as prepared by the City’s Office of Economic Analysis to examine the economic impact of each, provides a decent overview.

The report’s ‘conclusions’ page highlights the real crux of the problem with respect to ever effectively regulating short-term rentals and enforcing the law in San Francisco: a lack of data and transparency with respect to the practice, the collection of which is hindered by a lack of reporting requirements for hosting platforms, such as Airbnb.

And of course, beyond the two competing amendments, there’s the proposed ‘Airbnb’ ballot measure that’s in the works as well.