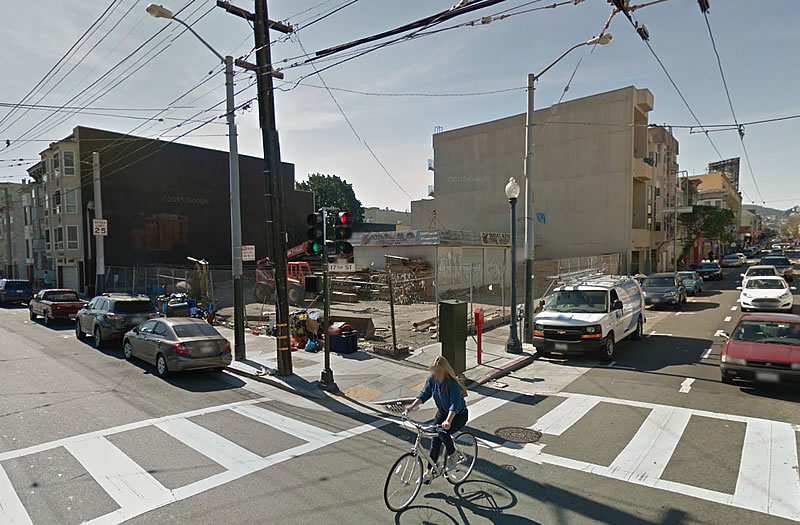 Scheduled for last month but waylaid when outdated information was posted in the required project notification at the building site, the public hearing for the proposed five-story development to rise on the southwest corner of South Van Ness and 17th Street, with 27 apartments over three retail spaces and a garage for 17 cars and 27 bikes, will be held this Thursday, May 21. 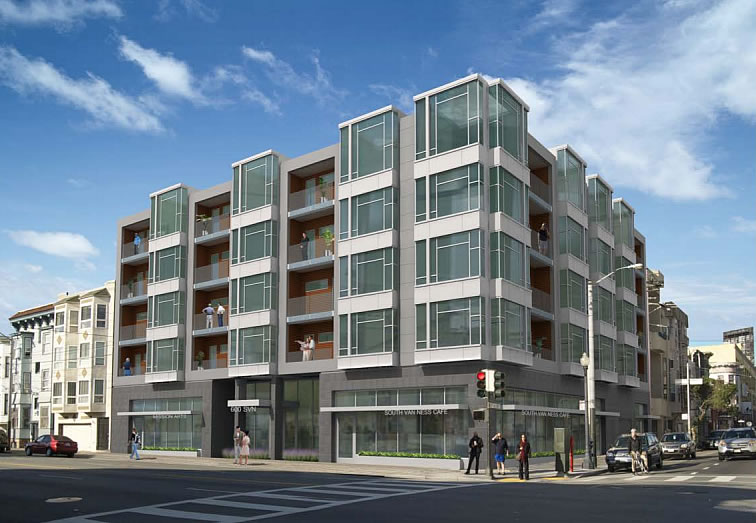 The Planning Department recommends the 600 South Van Ness project be approved as proposed, but the project is facing a bit of neighborhood opposition as the developer of the project, the Toboni Group, has elected to pay the City an in-lieu fee of $1.95 million rather than include four (4) Below Market Rate (BMR) units on-site and the group been accused of doing too little in terms of neighborhood outreach.

From the vocal Plaza 16 Coalition which would like to see a moratorium on all market rate residential construction in the Mission, “starting with 600 South Van Ness”:

“Why are the BMR units not on-site? What will be the [Median Income] level of these units; and is this at a level that people in the neighborhood can afford?

[T]he developer has done almost no outreach concerning this controversial project. A pre-application community meeting, limited to the immediate neighbors, 20 months ago (August 15, 2013), does not qualify as sufficient and meaningful community outreach. A second poorly advertised, monolingual, barely-attended meeting (April 20, 2015), held only due to pressure from neighbors, only ten days before [the originally] scheduled vote, does not qualify either.

We demand that the developer, the Toboni Group, hold a bi-lingual open, conveniently located and scheduled community meeting with bi-lingual notification to nearby neighbors, businesses and community organizations, including the many groups such as the Plaza 16 Coalition and Calle 24 which have been active and very vocal in opposing displacement during this affordable housing crisis in the Mission.”

And from The Toboni Group’s representatives:

“By providing $1.95 million as an lieu fee payment to [the Mayor’s Office of Housing and Community Development], plus contributing 27 new units to an area with high housing demand, the project will do its part to ease the housing shortage in the Mission and financially support new 100% affordable housing development.

We reject the notion that retaining a vacant blighted surface parking lot is better for the Mission than providing new dwelling units and a substantial affordable housing payment.”

Thursday’s Planning Commission meeting ought to be lively, to say the least.