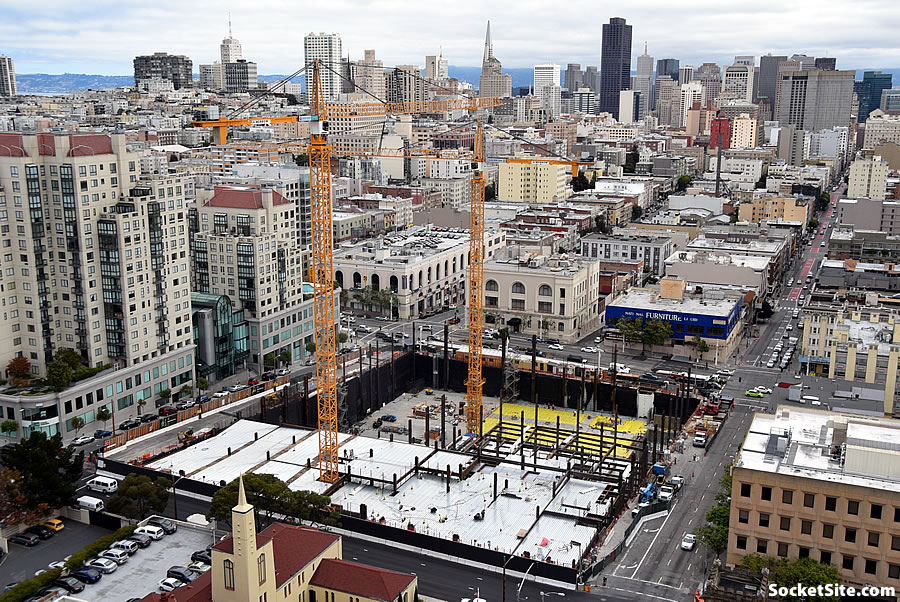 The massive hole which was dug for CPMC’s Cathedral Hill Hospital is quickly being filled, with the steel framing and decking on the west side of the of the site along Franklin having already reached street-level and quickly spreading east towards Van Ness Avenue.

We’re still waiting for the official word on when the buildings across the Avenue will be razed, not including the Concordia-Argonaut Club nor the buildings behind, in order to clear the way for CPMC’s Medical Office Building. And once again, a redesign of the proposed development to rise at 1200 Van Ness, across from the Club on the corner, is underway.

CPMC’s Cathedral Hill campus is slated to open its doors in 2019.