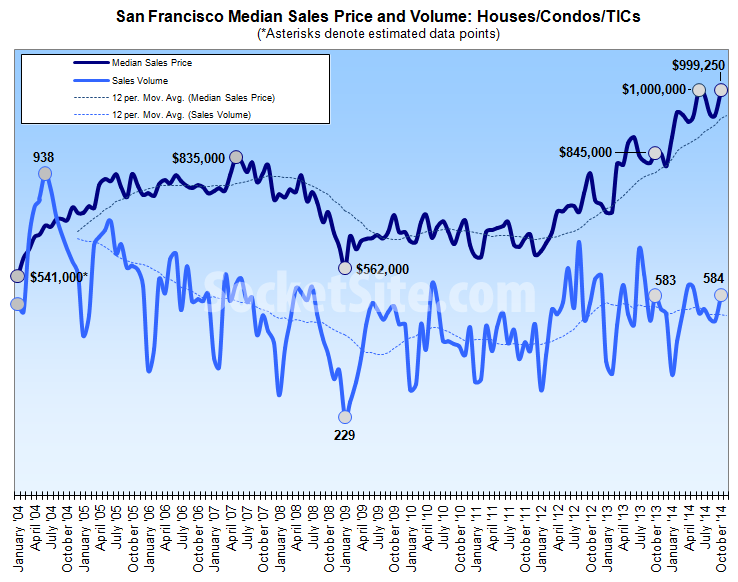 Having hit a record $1,000,000 in June, the median price paid for a property in San Francisco dropped for three months in a row but rebounded to $999,250 in October, up 6.5 percent from the month before.  A mix-driven increase in the median from September to October is typical in San Francisco and has averaged 4 percent over the past ten years.  In addition, the share of luxury home sales in San Francisco jumped a few points in October.

The median sale price for a home in San Francisco is currently 18.3 percent higher on a year-over-year basis, 78 percent higher than the recent low-water mark of $562,000 recorded in January of 2009.

At the extremes around the Bay Area last month, Napa County recorded the greatest drop in sales volume for the second month in a row, down 7.4 percent versus the October before but with a median price which was 13.8 percent higher.  Contra Costa recorded the greatest year-over-year increase in home sales volume, up 6.8 percent and with a median sales price of $455,000, up 15.2 percent year-over-year, the second greatest gain behind San Francisco.