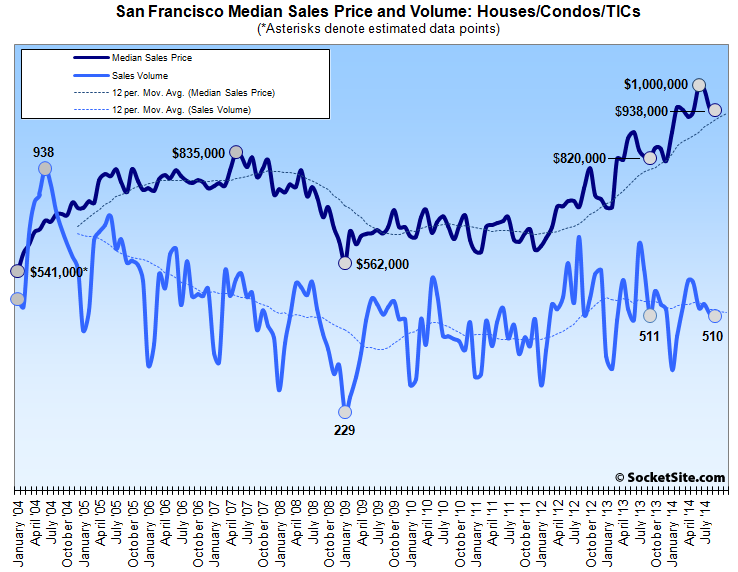 The number of homes sold in San Francisco and the median price paid both held steady in September, with the sales volume down a nominal 1.0 percent from August and only one transaction lower versus the September before.  Keep in mind that the sales volume typically drops from August to September and has dropped an average of 13 percent in San Francisco over the past ten years.

Having hit a record $1,000,000 in June, the median price paid for a property in San Francisco dropped for the third month in a row to $938,000 in September, down a nominal 0.2 percent from the month before.  The median remains 14.4 percent higher on a year-over-year basis, however, and 67 percent higher than the recent low-water mark of $562,000 recorded in January of 2009.  A slight mix-driven drop in the median price from August to September is typical and has averaged a little over 1 percent over the past ten years.

The median price paid for a home increased the most in Marin, up 17.3 percent versus the September before but with a 10 percent decline in sales volume.

Under Construction And Designed To Activate The Alleyways