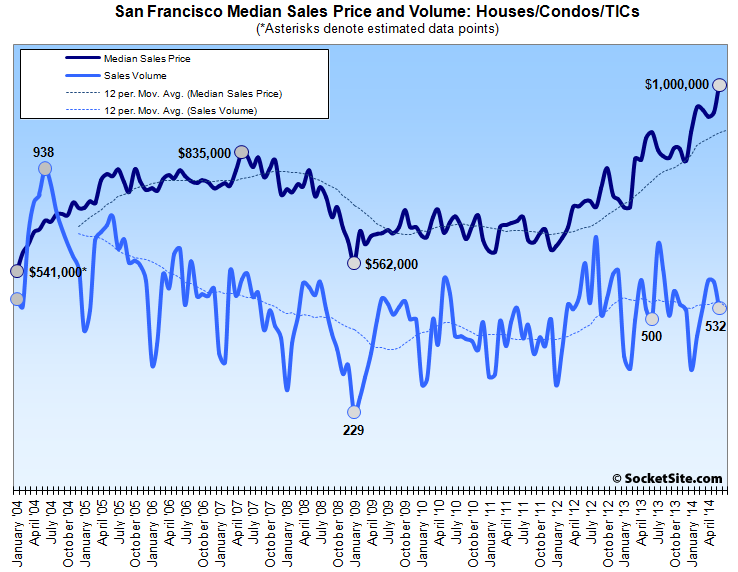 And with an increasing percentage of new construction sales in the mix, the median price paid for a property in San Francisco hit a record $1,000,000 last month.  That’s 5.8 percent higher than the previous record of $945,000 set in February, 7.3 percent higher year-over-year, and 77.8 percent higher than the $562,000 mark set in January of 2009.  As always, keep in mind that while movements in the median sale price are a great measure of what’s in demand and selling, they’re not a great measure of actual appreciation.

At the extremes around the Bay Area in June, sales volume was 3.6 percent lower on a year-over-year basis in Alameda (a loss of 60 transactions) with a median which was higher by 9.3 percent.  The median price paid for a home in San Mateo increased the most, up 14.9 percent with a 4.8 percent increase in transactions (35).