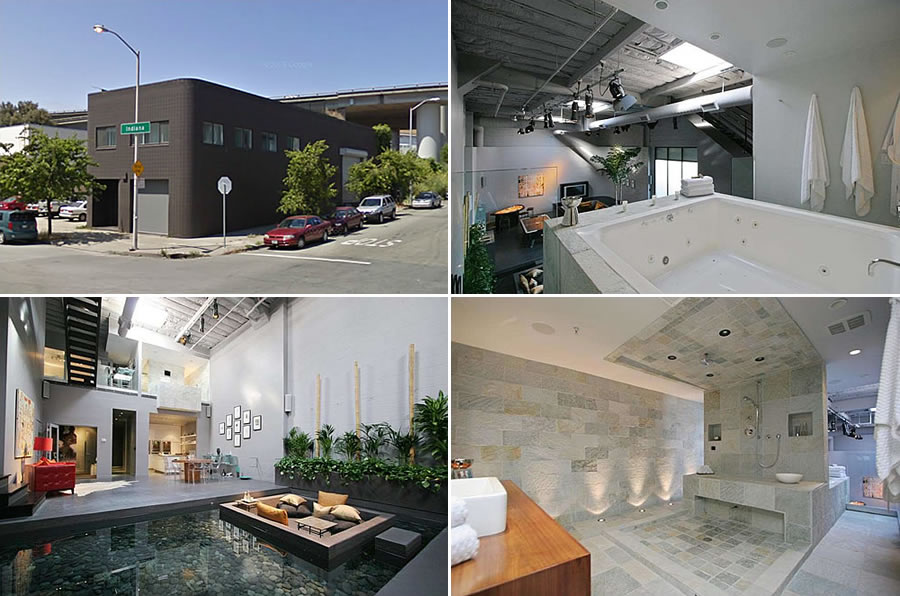 Greg Bronstein’s former Dogpatch party pad at 1200 Indiana Street, complete with a cantilevered hot tub overlooking the living room island and a temple to showering behind, was foreclosed upon and sold for $2.179 million on the courthouse steps in San Francisco yesterday afternoon.

On the market for a little over two million in 2006, the four thousand square foot space quietly sold to a real estate agent for $1,680,000 that September and then returned to the market listed for $2,999,999 last year, at which point the property was already in pre-foreclosure.

Oakland’s Uptown Neighborhood Is Great, But It’s Not Number One

Mortgage Rates Drop, Back Near 2014 Lows