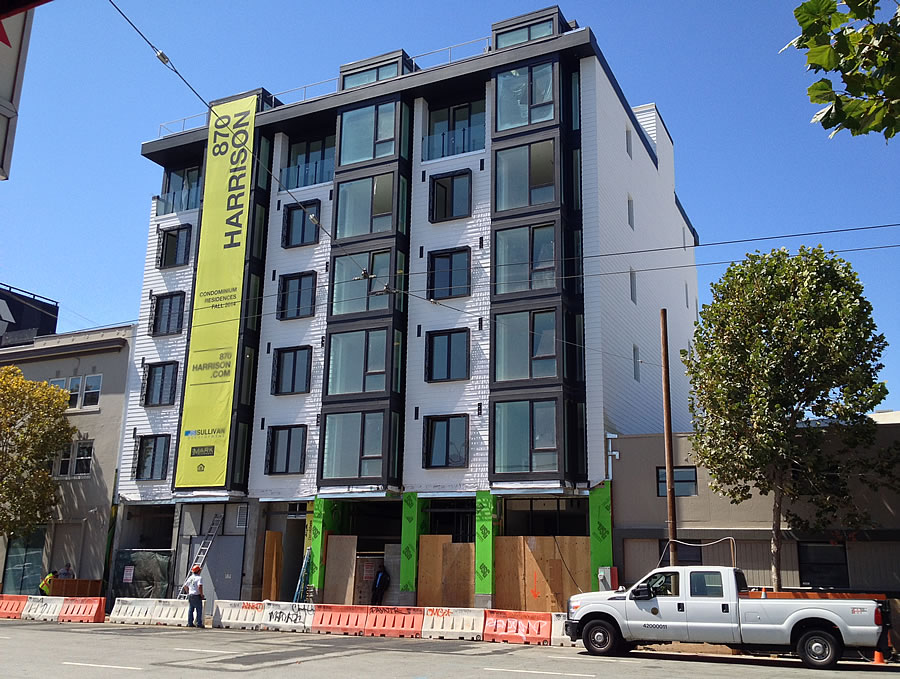 The latest project from JS Sullivan, 870 Harrison Street was originally approved for development in 2009 but then waylaid by “economic issues and market conditions caused by the economic recession.”

Designed by Leavitt Architecture, the 26-unit Central SoMa development, a mix of 18 one-bedrooms and 8 two-bedrooms, is now slated to receive its condo final condo map and papers next week.

Four of the two-bedrooms at 870 Harrison will be sold will at below market rates to first time buyers with incomes up to 100 percent of the area median.  The twenty-two market-rate condos will hit the market in a few months.

Having razed a production, distribution and repair (PDR) space to construct the building which now sits upon the site of the former Robyn Color photo lab, the development will include a 2,300 square foot PDR space on the ground floor of the building.  And below the PDR space in an underground garage, two of the building’s sixteen parking spaces are to be designated for a car sharing service.