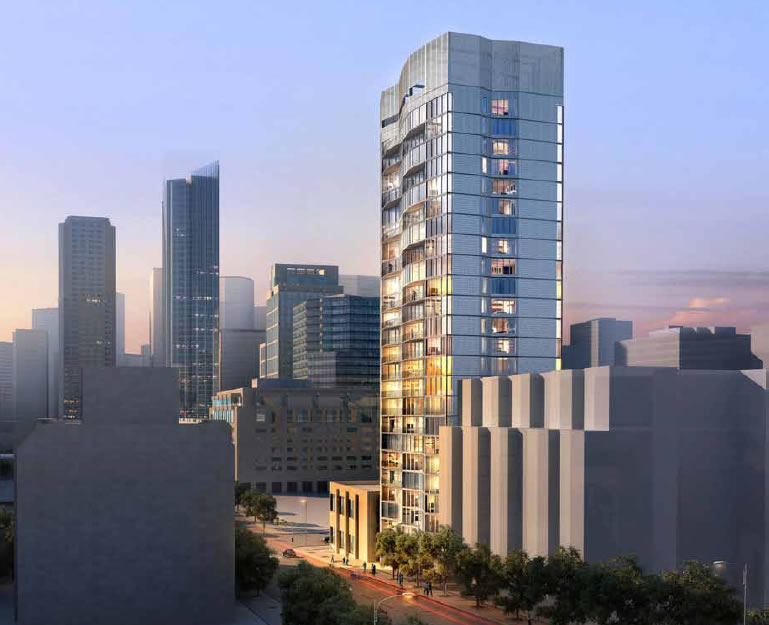 The plans to build a 200-foot tower with 51 units on the Rincon Hill site were first approved over a decade ago, plans which were revised in 2004 to yield 70 units but which never broke ground.  A new plan for Rincon Hill was certified in 2005, at which point the 325 Fremont Street site between Folsom and Harrison was up-zoned from 200 to 250 feet in height.  And in early 2012, Crescent Heights purchased the 325 Fremont Street site for $4.85 million. 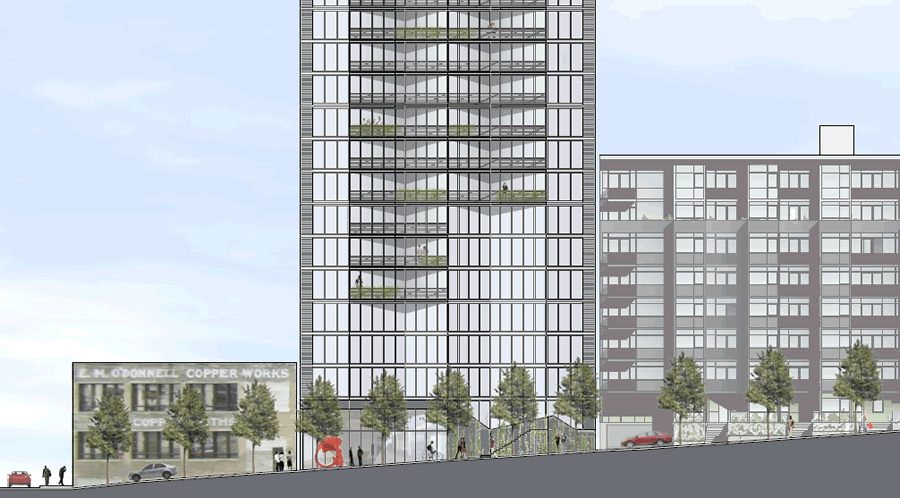 While 325 Fremont’s lobby and storage room for 105 bikes will front Fremont, the building’s 41-car garage will be accessed by way of Zeno Place.  And as we first reported last month, the Rincon Hill site has already been cleared for construction.

Bond, Affordable Housing Bond: Beyond The Battle Of The Ballots