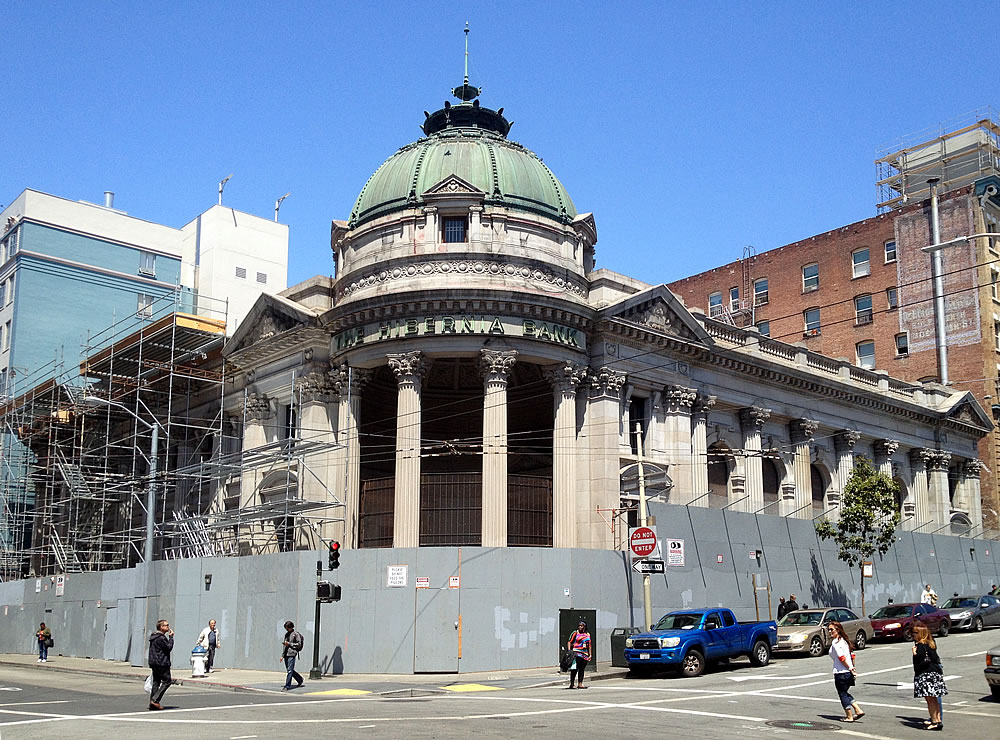 The permits to renovate and restore the iconic Hibernia Bank building at 1 Jones Street have been issued and the scaffolding is finally starting to rise.  And a new Mid-Market “club” could be on the way.

The planned exterior work to the building includes the enlargement of three window openings to create new exit doors along Jones and McAllister, the removal of portions of the existing wrought iron gate, and the rehabilitation of the remaining windows, steel roll-up security grilles and granite.

Within the building, new shear walls and an elevator will be installed, portions of the existing teller counter will be removed and stored on site, and “character-defining features” and materials such as the extensive decorative marble, plaster, and stained glass will be protected in place and cleaned and repaired as necessary.

And while the Dolmen Group has been rather tight-lipped about their timing and plans for the building which they purchased for just under $4 million in 2008, if one of the major permits issued for the project is correct, the future use for the building has been categorized as: “Nite Club.”

A call for comment from Dolmen has yet to be returned, but we’ll keep you posted and plugged in.