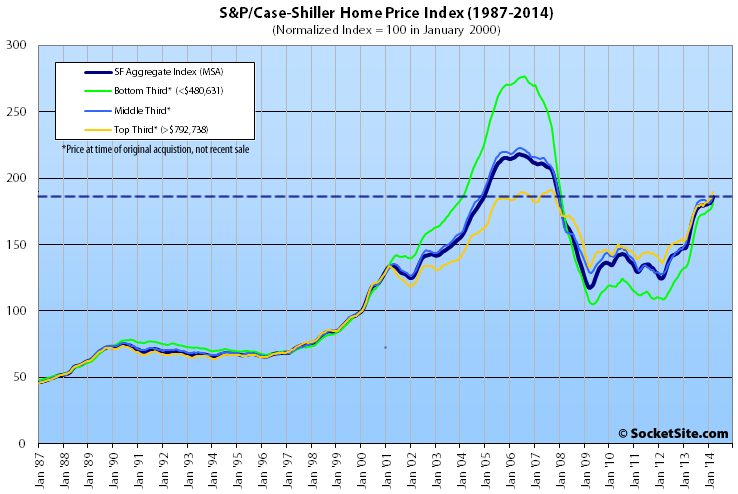 According to the S&P/Case-Shiller Home Price Index, single-family home values in the San Francisco MSA jumped 2.4% from February to March of this year.

Up 21.0% on a year-over-year basis, the overall San Francisco Index remains 14.7% below a May 2006 peak.  That being said, home values ticked up across all three price tiers for the second time in six months and the index for top tier homes is within 1 percent of its 2007 peak. 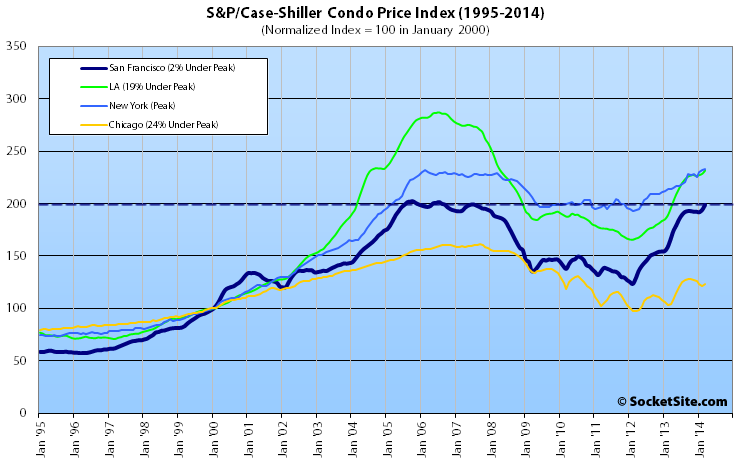