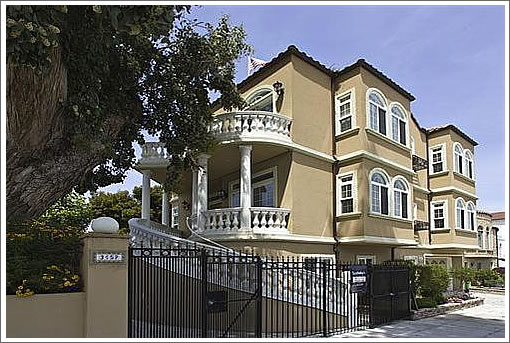 Having avoided being foreclosed upon 2011 despite being in default since 2009 (when $35,875 behind on a $2,283,000 loan), the five-bedroom “Marina Mansion” at 3157 Baker Street is once again scheduled to hit the courthouse steps this afternoon in San Francisco with what would appear to be over $800,000 in past due payments and fees now owed on that aforementioned loan.