Landmarked Doelger Building Is Going To The Cats, Not The Dogs 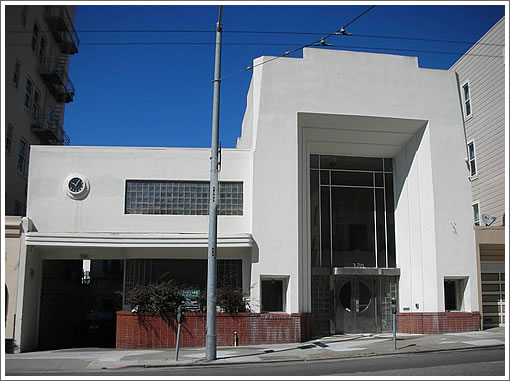 Having been recommended for Landmark Status by San Francisco’s Planning Department last year, San Francisco’s Board of Supervisors just unanimously approved the landmarking of the Art Deco Doelger Building at 320 Judah Street out in the Sunset, soon to be San Francisco Historic Landmark No. 265.

Purchased out of probate for $1,450,000 this past September, the building is planned to be used as a new location for Mission: Cats, a family-owned cat hotel.

Once again, a bit of history on the namesake, and somewhat eccentric, Henry Doelger and as Doelger’s building looked when it served as his headquarters, warehouse and sales office for the San Francisco developer extraordinaire:

The Doelgers also had pet monkeys. In 1949 one of the monkeys, Chichi, “broke several dishes and glasses in their home before biting Thelma, requiring her to get stitches.” Following the incident, the family donated the monkey to the San Francisco Zoo.