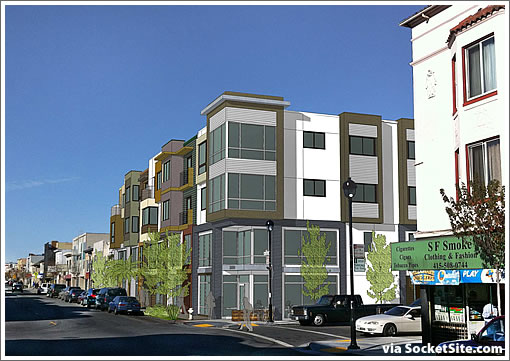 As we first reported with respect to the vacant Portola parcel at 2895 San Bruno Avenue earlier this year:

The site of a former gas station that was demolished in 2009 and has sat vacant, unpaved and fenced in by a chain-link fence since, the 11,250 square foot lot on the northeast corner of San Bruno Avenue and Woolsey Street in Portola will be subdivided into five lots as proposed. And upon each of the lots, a new 4-story mixed-use building would rise.

Each building would consist of two residential dwellings above office/retail space on the first and second floors with a rear facing garage for two vehicles and one bike.

While a plugged-in tipster delivers the renderings a Mitigated Negative Declaration has been issued by Planning, which is a good thing if you support the development.

Tomorrow, San Francisco’s Planning Commission is slated to approve the development. The site as it currently appears and with the rendered development: 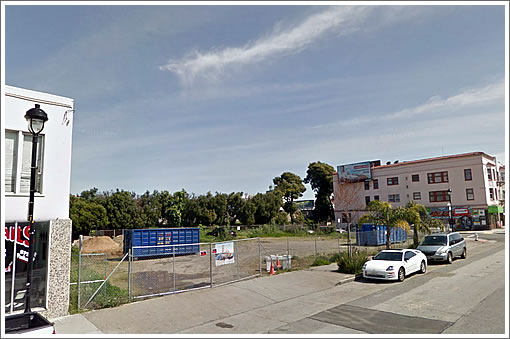 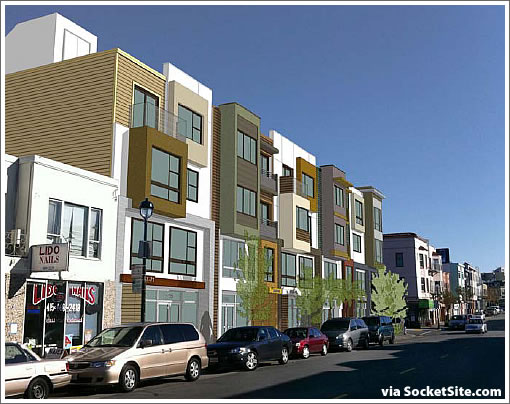 Scoping The Warriors Arena Impact And Options, Like Moving Red's