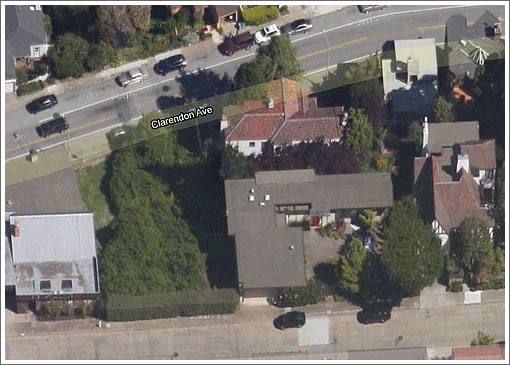 First approved for infill development in 2005 despite its neighbors’ objections, including one referring to the proposed project as “a source of oppression,” the construction of 1410 Stanyan commenced at the end of 2010 and is nearing completion.

While the site is clearly visible in the pre-construction aerial view above, as a plugged-in reader writes, like the neighbors, you probably didn’t see this one coming: 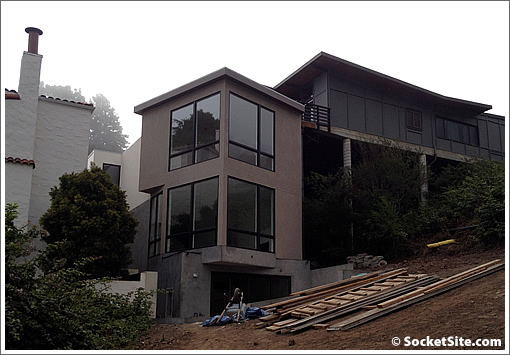 The new two-story home was “pushed, squeezed [and] shoehorned into the space between two existing homes,” one fronting on Clarendon and the other on Mt. Spring Avenue. With respect to any oppression, at least they didn’t build a three-story home as proposed.

The big green space in the aerial which you probably thought was the site? That’s actually an undeveloped, and currently unbuildable, stretch of Stanyan Street, the Stanyan Street Right of Way. 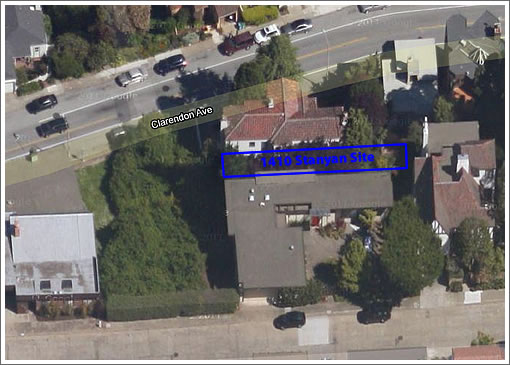