Zillow Is A Lot Catchier 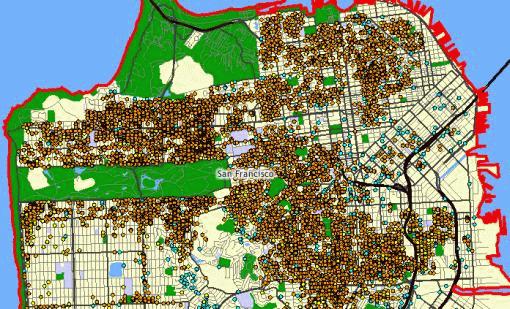 While they might not be making any more land, according to the Pilot California Infill Parcel Locator (doesn’t quite roll off the tongue like Zillow, now does it?), there are at least 9550 potential residential infill parcels in San Francisco alone.  Parcels which “are located in areas that have already been urbanized, but the sites are either completely vacant or have structures assessed at extremely low valuations, relative to the land itself.”

And while not nearly as fun as finding out what your boss’s house is worth, there’s nothing quite like knowing your frenemie’s house is considered a prime candidate for infill.

There Is No Bubble! (Unless You Live In San Mateo)