The Scoop On Strata At Mission Bay, Its Environs And Rents 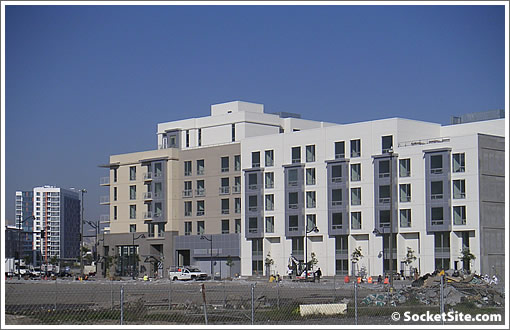 A plugged-in reader reports on Strata at Mission Bay and its environs:

I did a hard hat tour of Strata SF this weekend. I think the building itself is ok. A little bland but I have seen worse. The interior halls look nice….well [lit] and a good color scheme. The views in the distance are nice, the views of the surrounding lots (aka lots of dirt and construction areas) not as nice. First move ins are scheduled for March 1st but they have a long way to go in 30 days to make this a reality. 4th street should be open to traffic in 6 months (says the sales center). Rents seemed high for this undeveloped neighborhood (1/1 650 sqft starting for around $2,300).

I will say looking back at north mission bay from the Strata I was impressed with the look of that neighborhood. The new avalon building and arterra behind the smaller developments closer to the canal really worked well together. At least from that vantage point I think they have done a superb job of building a nice looking community. 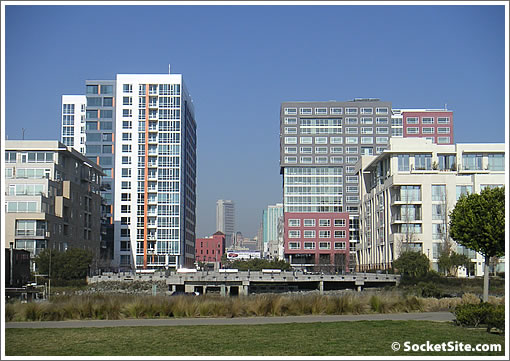