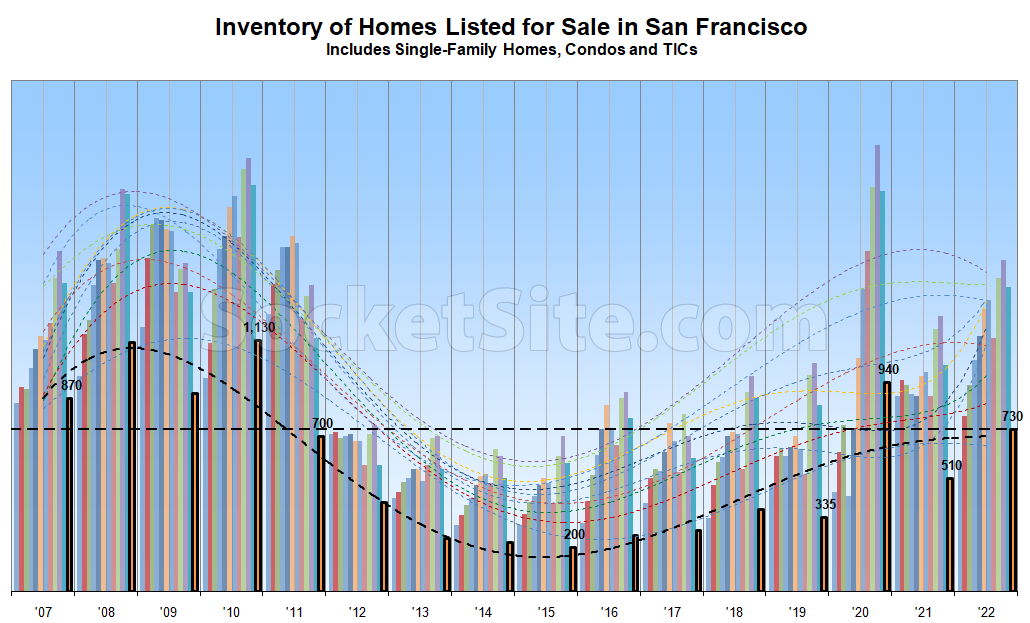 Having peaked in October, the net number of homes on the market in San Francisco has since dropped 50 percent with typical seasonality in play and driven by a pronounced slowdown in listing activity versus a jump in sales.

In fact, pending sales have been down an average of over 40 percent on a year-over-year basis over the past two months while inventory has been up an average of nearly 40 percent over the same period of time and 2022 is ending with over 40 percent more inventory on the market in San Francisco than at the end of last year, over twice as much inventory than prior to the pandemic, and over three times as many homes on the market than there were at the end of 2015.

As we outlined a year ago, despite all the “expert” (mis)analysis that was making the rounds at the time, seasonality is still a thing in the San Francisco. And once again, inventory levels are poised to start ticking up in January and then jump in February/March as new listing activity picks up, at lower prices, and properties that failed to sell in 2022 are re-listed as “new” in the spring.

Best wishes for the New Year. We’ll keep you posted and plugged-in.

Contemporary Two Trades for Over $200K Below Its 2014 Price

Average Asking Rent in San Francisco Ended the Year Up, But…