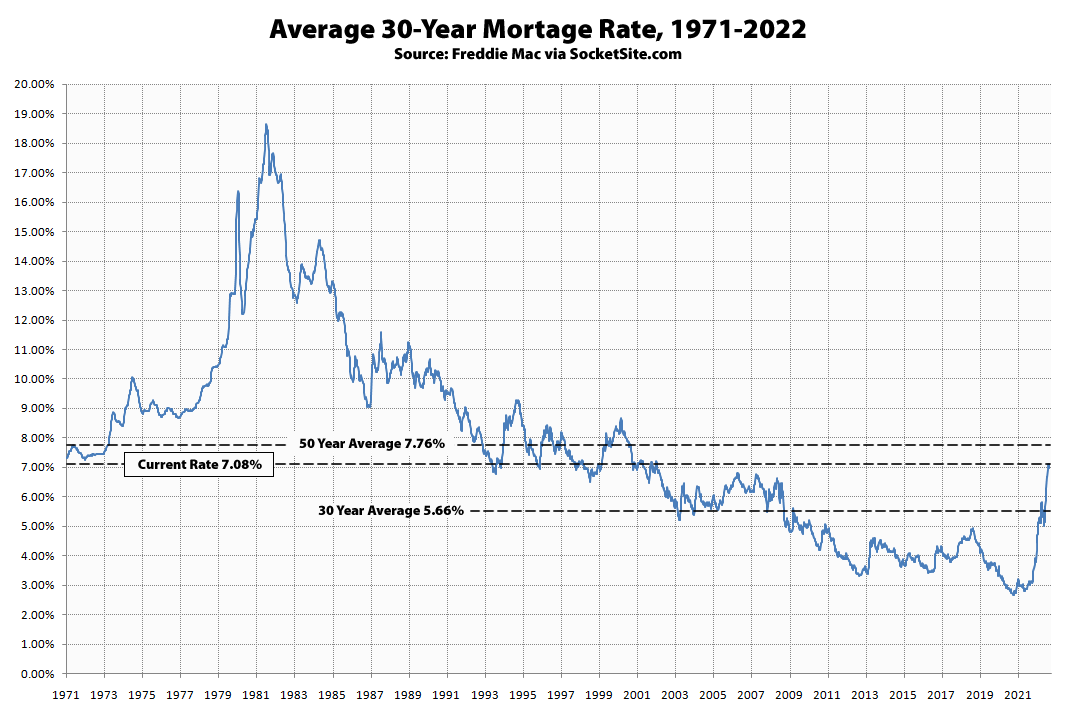 As projected, the average rate for a benchmark 30-year mortgage has since ticked up 13 basis points to 7.08 percent, which is 138 percent higher than at the same time last year and over 180 percent higher than last year’s all-time low but still below its long-term average of 7.76 percent.