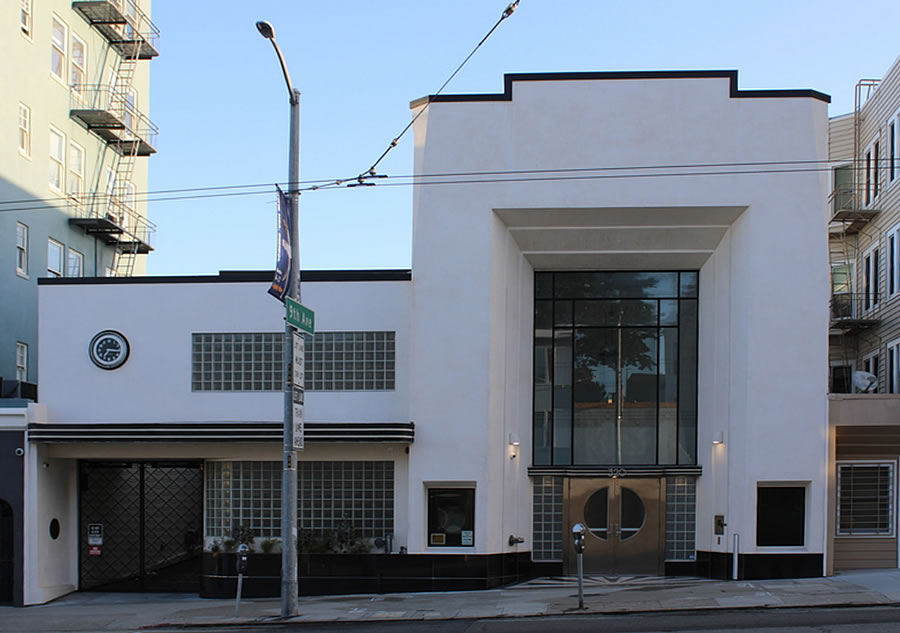 Having been listed for $8 million near the end of 2019, relisted for $7.45 million last year, and then reduced three times, down to $5.16 million last October, the landmarked Art Deco building with a Streamline Modern addition at 320-326 Judah Street, which was built for the San Francisco builder extraordinaire, Henry Doelger, back in 1932 is now listed with a $1.5 million price tag on the MLS!

But the $1.5 million list price for 320 Judah is actually the set starting bid for an online auction that’s slated to be held next month. And while not mentioned in the body of the listing, there’s likely a reserve price that’s at least a few million more.

As we outlined last year, at which point the roughly 11,500-square-foot building was fully-leased, 320 Judah has been completely restored and retrofitted since being purchase out of probate for $1.45 million in 2012 and re-configured as five separate office units, along with a manager’s office, storage and 3 parking spaces, all of which were generating a combined income of around $34,000 a month.

Now 66 percent leased, the landmark building is being positioned as “an ideal value-add[ed investment] through lease-up, owner-user occupied, or residential conversion [and expansion].” We’ll keep you posted and plugged-in.