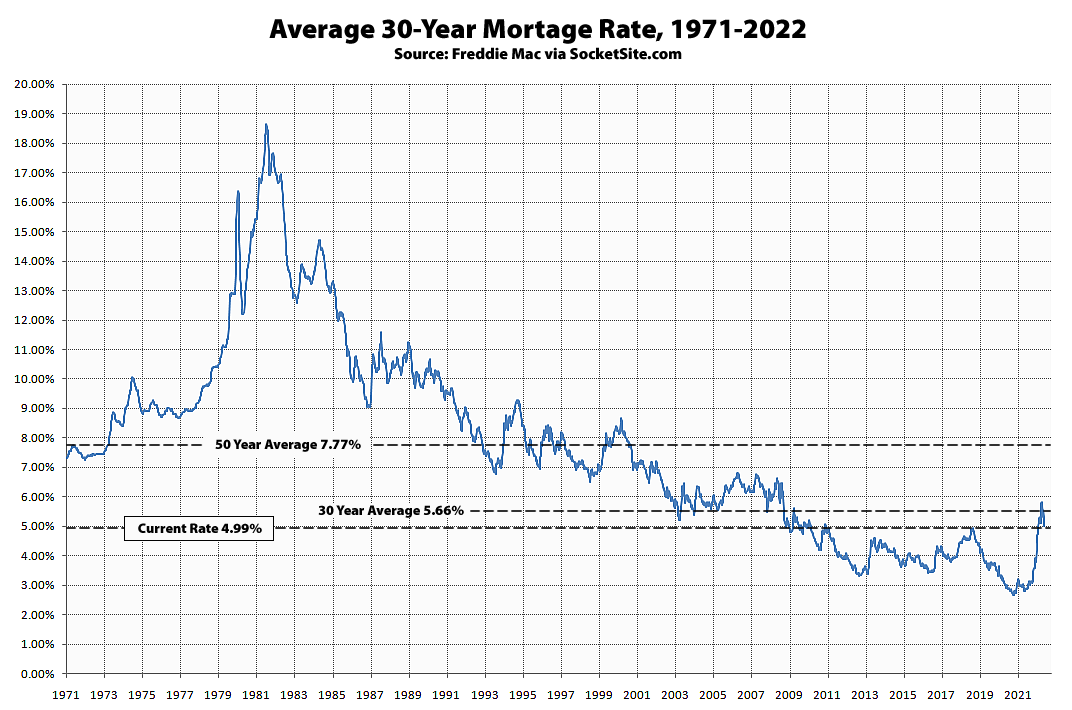 Despite the Fed’s recent rate hikes, the average rate for a benchmark 30-year mortgage had plunged from 5.81 to 4.99 percent over the past six weeks, including a 31 basis point (0.31 percentage point) drop over the past week alone, driven by an “increased risk of a formal recession and declining consumer confidence overall,” as we outlined last week and isn’t a positive sign despite some industry spin.