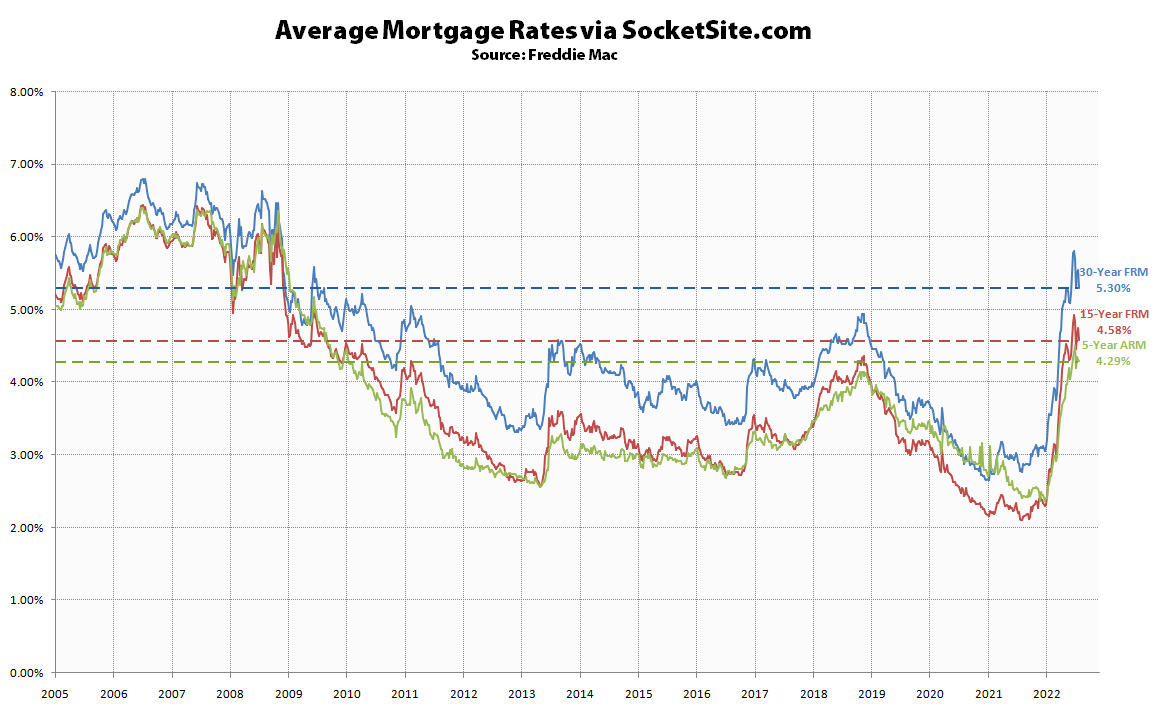 As we noted yesterday, the 75 basis point hike to the federal funds rate appeared to have already been priced in to the market and the 10-year treasury rate, which forms the foundation of the 30-year mortgage rate, barely moved after the announcement and ended the day effectively unchanged.

All that being said, the rate for the 10-year treasury dropped 10 basis points this morning with a second straight quarter of negative GDP growth based on preliminary readings, the increased risk of a formal recession and declining consumer confidence overall.