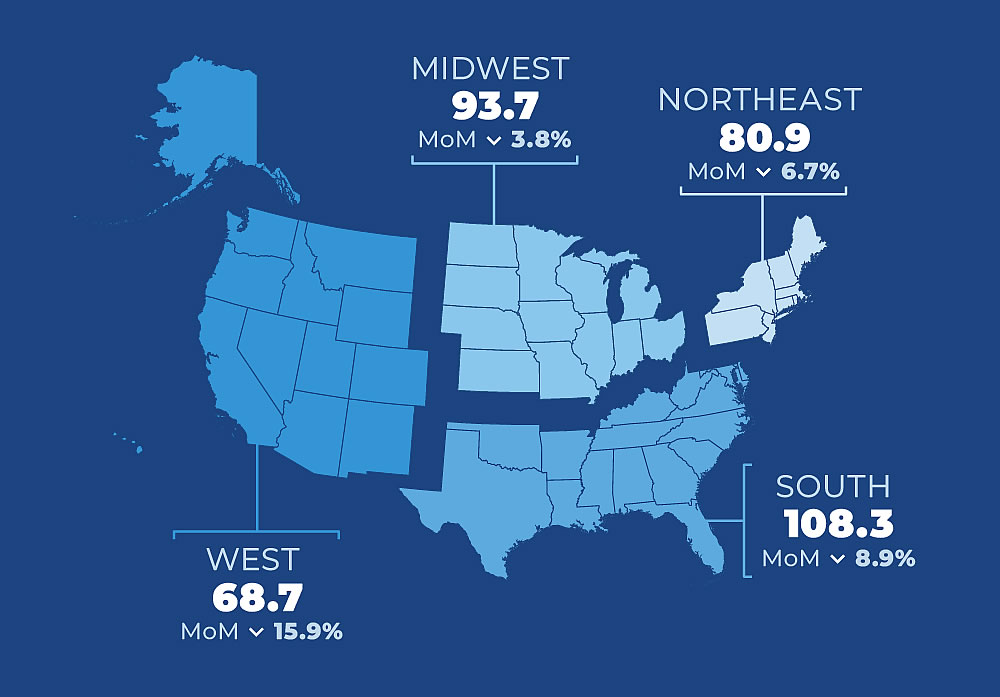 Having inched up 0.7 percent in May, the National Association of Realtors Pending Home Sales Index, a seasonally adjusted index for which 100 denotes “an average level” of activity, dropped 8.6 percent in June to a below average reading of 91.0 and was down 20 percent versus the same time last year with pending sales in the Western Region down by nearly a third.

Driving the drop in demand, despite an increase in inventory, is the rise in mortgage rates from their all-time lows back to average rates. And in fact, the National Association of Realtor estimates that with the rise in rates, “[n]early a quarter of buyers who purchased a home three years ago would be unable to do so now because they no longer earn the qualifying income to buy a median-priced home today,” at least without an offsetting drop in the median sale price and values.

Closer to home, the number of single-family homes and condos in contract across San Francisco is currently down 34 percent on a year-over-year basis, having been down an average of 30 percent over the past month despite a marked increase in inventory, as we outlined earlier this week.