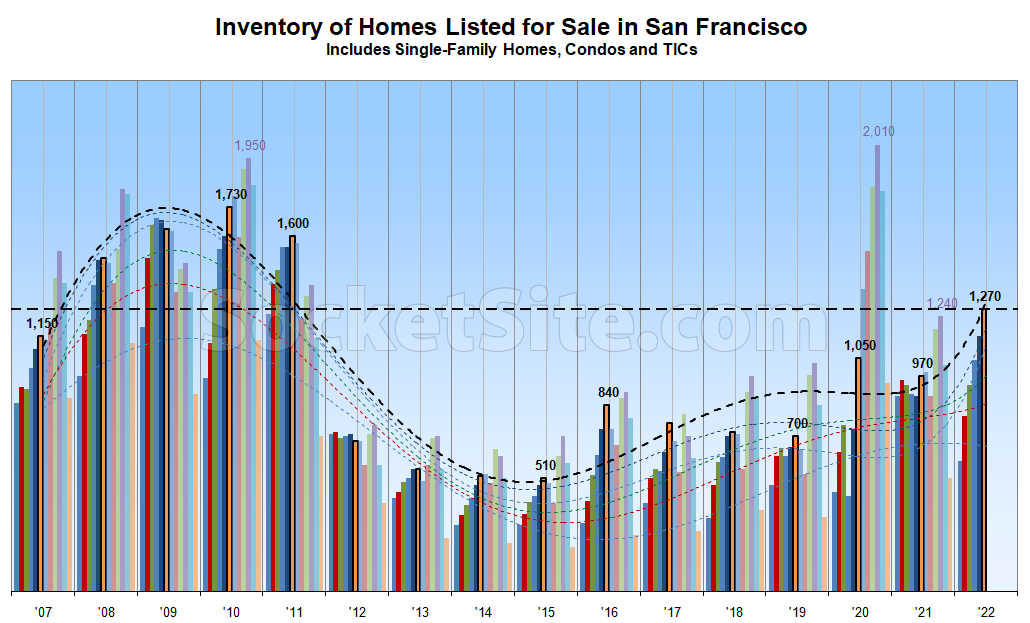 Driven by a pronounced slowdown in the pace of sales, the net number of homes on the market in San Francisco is currently 30 percent higher than at the same time last year.

Once again, keep in mind that springtime inventory levels in San Francisco typically peak in June. And as always, we’ll keep you posted and plugged-in.