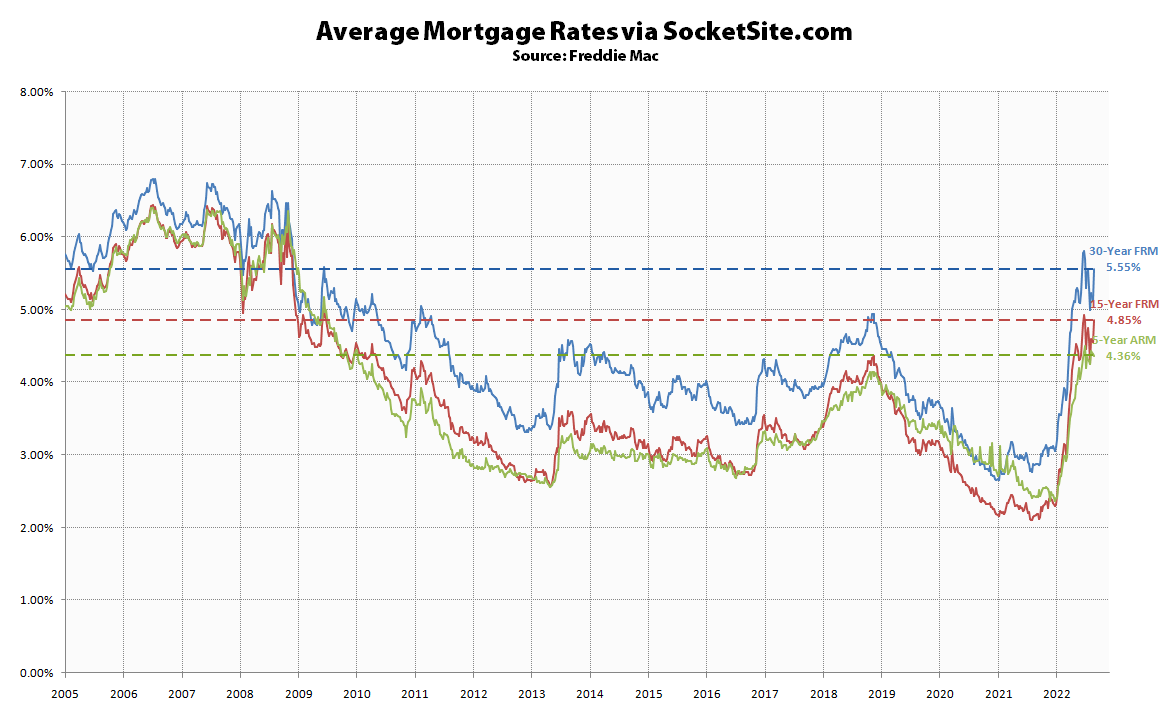 Having dropped under 5 percent for the first time in four months three weeks ago, the average rate for a benchmark 30-year mortgage has since surged 56 basis points (0.56 percentage points) to 5.55 percent, including a 42 basis point jump over the past week alone.

At the same time, the probability of the Federal Reserve raising the federal funds (“interest”) rate by at least another full percentage point by the end of the year is now running at over 98 percent based on an analysis of the futures market while the pace of home sales continues to decline, both nationally and locally and particularly for new home sales which have tanked.

Purchase Activity at the High End of the Market Is Weakening