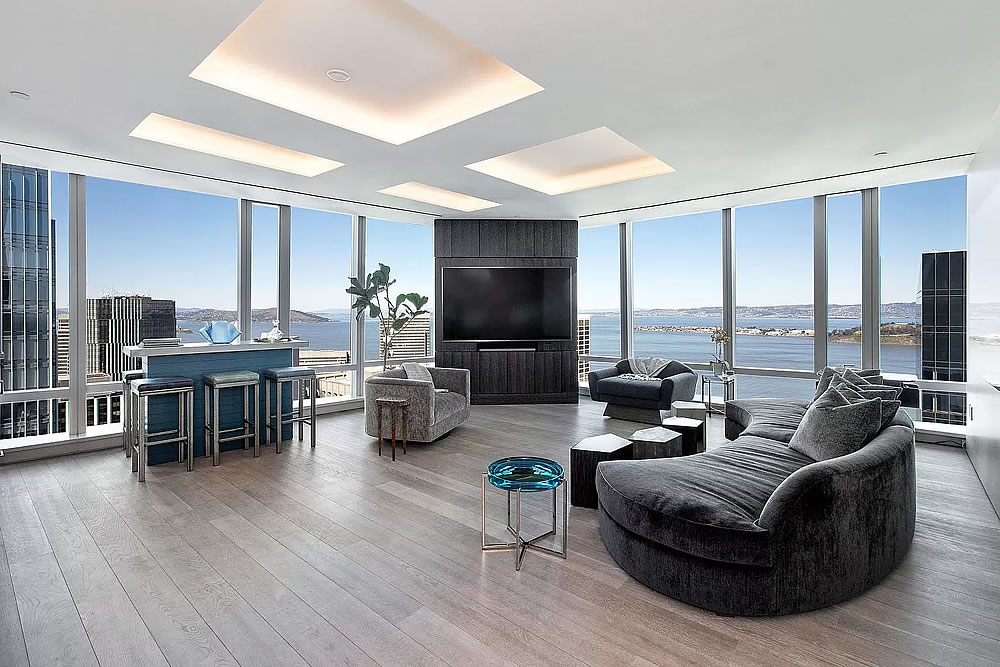 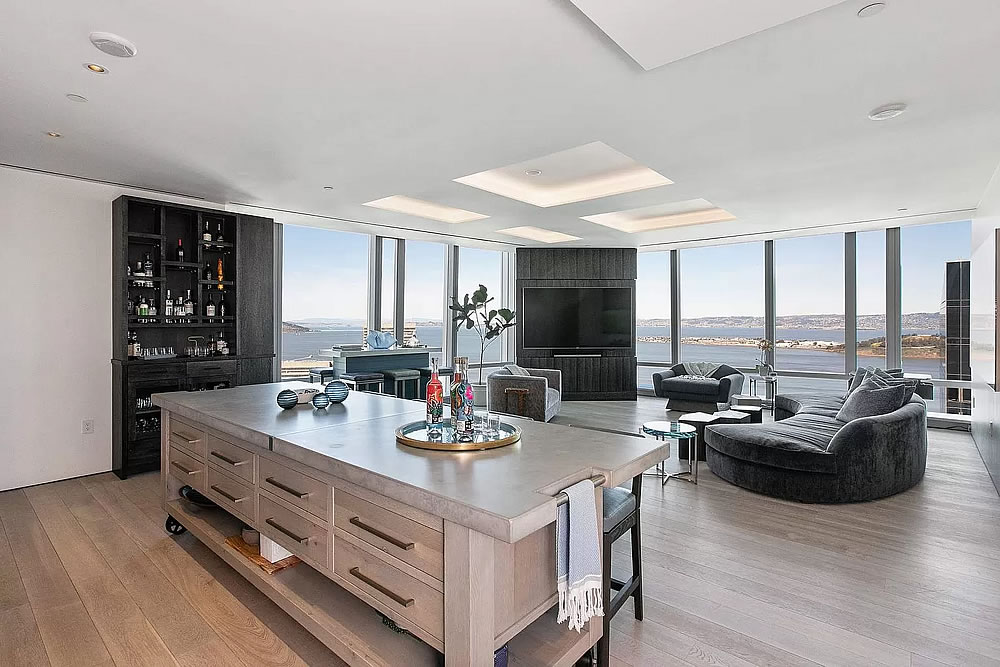 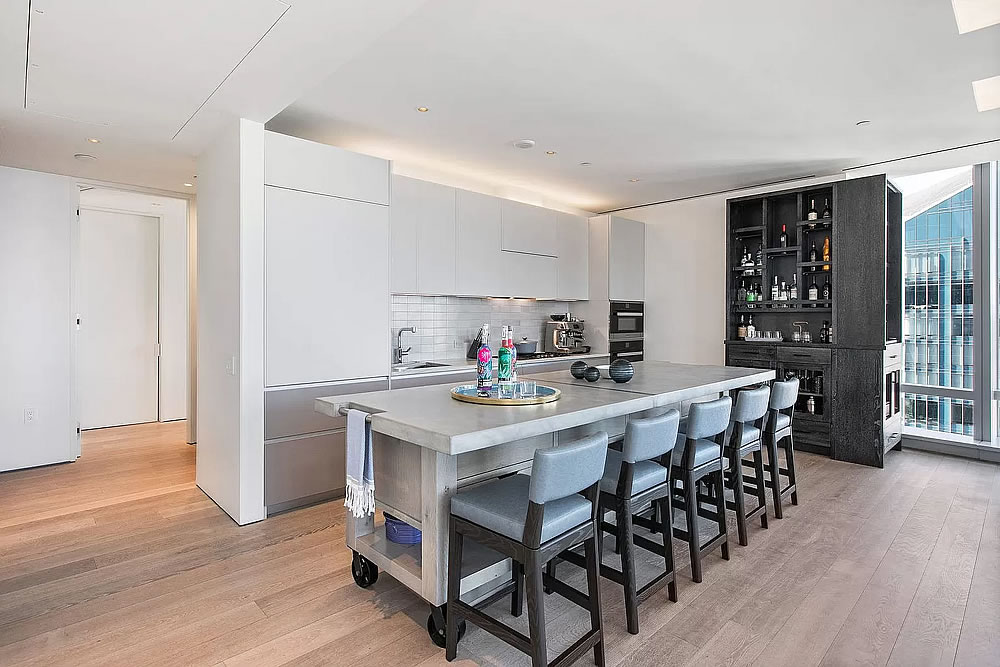 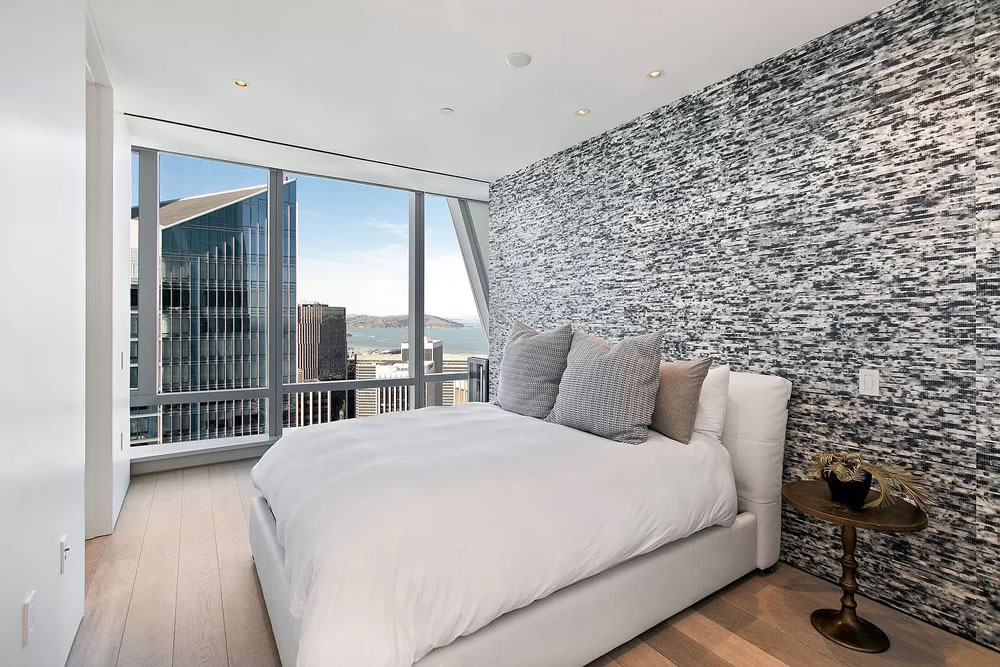 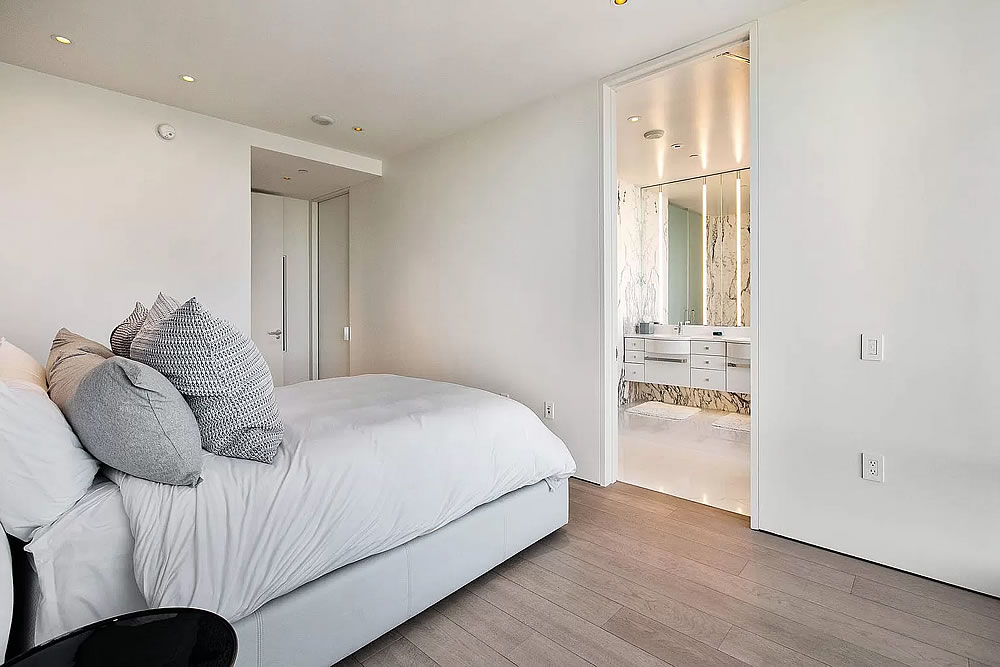 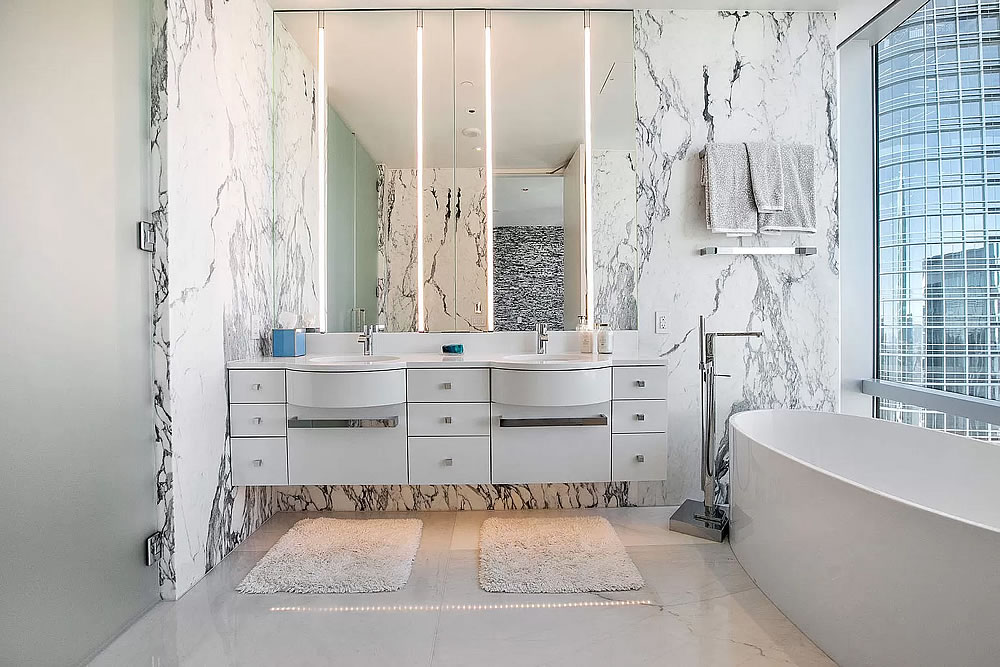 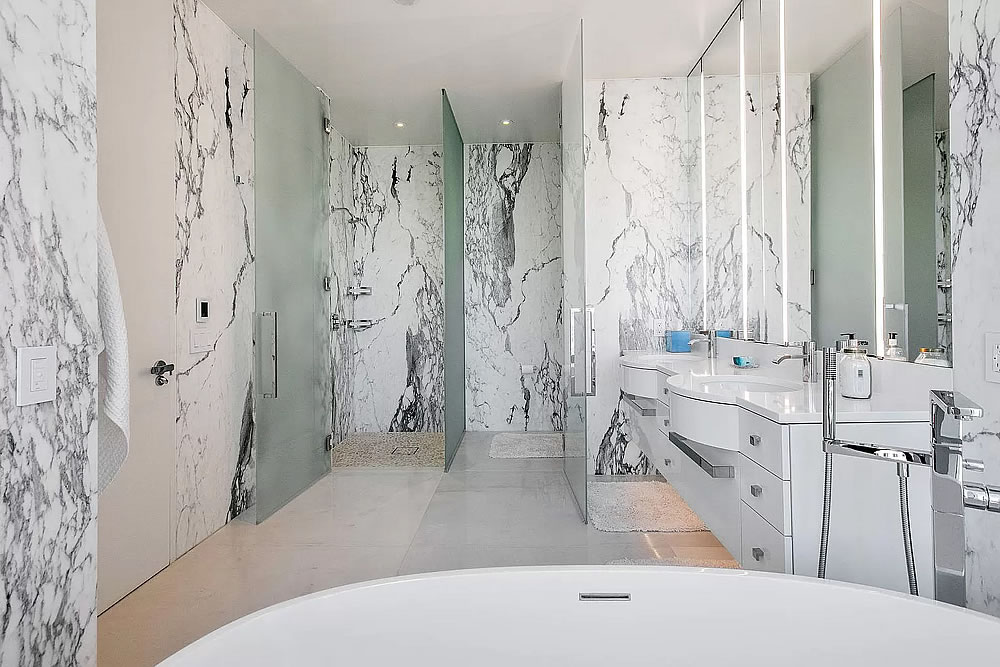 While not recorded on the MLS, the three-bedroom, three-bath unit #60A at 181 Fremont Street appears to have been purchased for $5,772,672 in May of 2018, based on our review of its deed, as we first outlined a couple of years ago.

As we also outlined at the time, the 1,992-square-foot unit in the LEED Platinum tower, which sits on a foundation that reaches down to the bedrock below, features sweeping views of the city and bay, along with 9-foot ceilings, side-by-side parking for two cars and access to the poor-door-free tower‘s exclusive amenity floor (the office space below which was leased to Facebook).

Remodeled with “the finest materials [and] finishes” and returned to the market priced at $6.465 million in early 2019, the list price for the luxury unit was reduced to $5.950 million that May and then further reduced to $5.595 million that October while also being offered for rent at $20,000 per month.

Re-re-listed anew for $4.595 million seven months ago, the list price for the vacant and now virtually staged unit has just been further reduced to $3.995 million, a sale at which would be $1,777,672 or roughly 31 percent below its purchase/comp-setting price in May of 2018.

And for those running the numbers at home, the unit’s HOA fees are now running around $2,935 per month, not including a parking fee of $500 per month.

Yesterday, the re-sale of 181 Fremont Street #60A finally closed escrow with a contract price of $4.0 million, which was officially “over asking” according to all industry stats and aggregate reports but $1,772,672 or 30.8 percent below the price which was paid for the unit in 2018, prior to it being remodeled.

Mortgage Application Volume Drops Back Down to a 22-Year Low