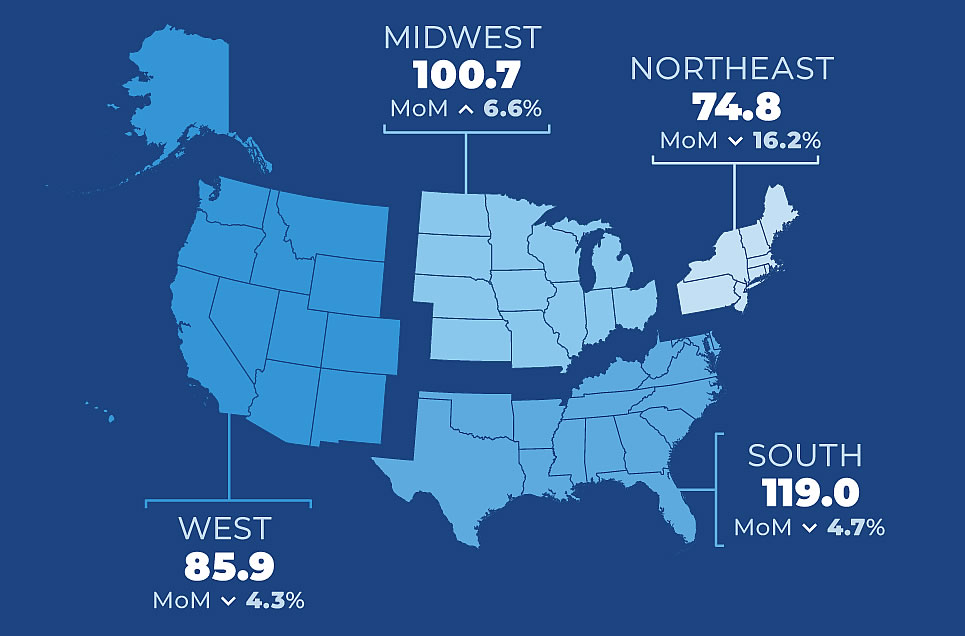 Having ticked down 1.2 percent in March, the National Association of Realtors Pending Home Sales Index, a seasonally adjusted index for which 100 denotes “an average level” of activity, dropped another 3.9 percent in April to 99.3, which was 9.1 percent lower than at the same time last year, the sixth consecutive month with a decline in activity, and the lowest reading in nearly a decade.

In the words of NAR’s Chief Economist, “[p]ending contracts are telling, as they better reflect the timelier impact from higher mortgage rates than do closings,” with closings for existing home sales already down and new home sales plunging.

Closer to home, pending sales activity in San Francisco proper has been down an average of 16 percent on a year-over-year basis over the past month despite a marked increase in inventory.