Number of Homes for Sale in San Francisco Climbs 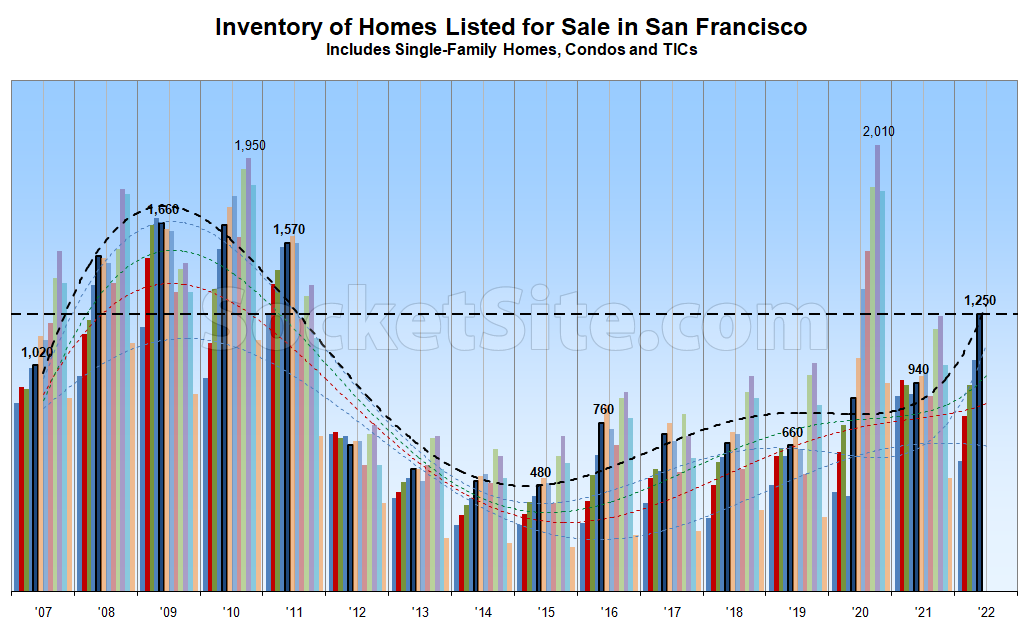 At the same time, the percentage of active listings that have been reduced at least once held at 27 percent over the past week, which is 5 percentage points higher than at the same time last year and versus 15 percent of the homes on the market prior to the pandemic in May of 2019.

And once again, keep in mind that springtime inventory levels in San Francisco typically don’t peak until June. We’ll keep you posted and plugged-in.