A DUM Remodeling “Mistake” That Could Be Rather Costly 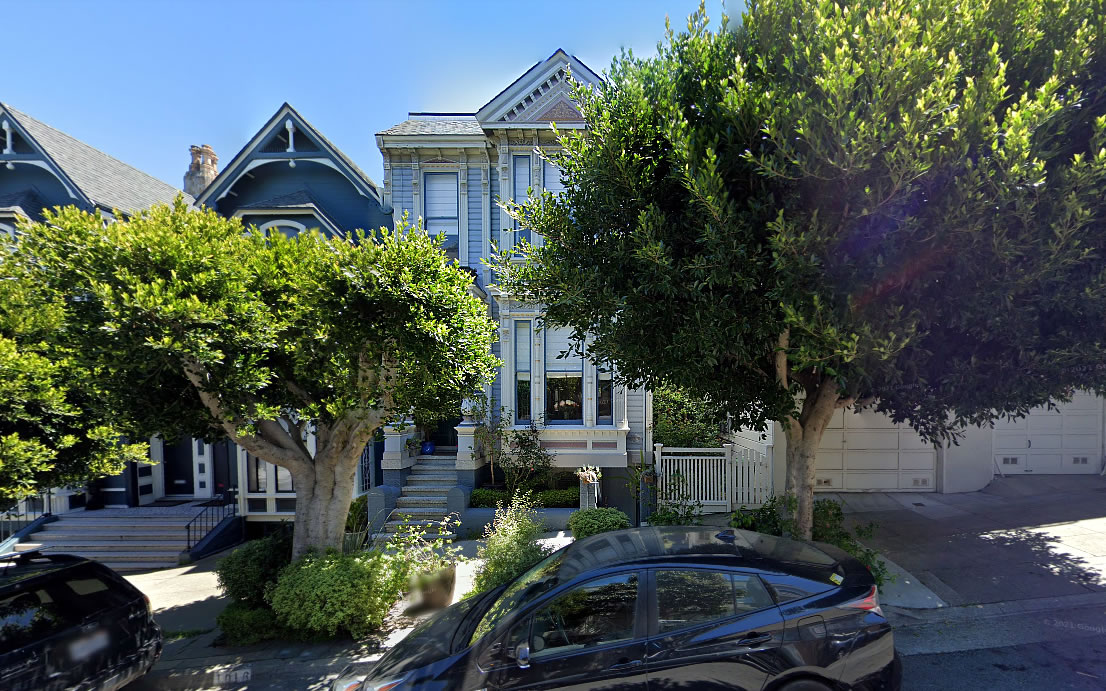 Purchased as a vacant two-unit building for $690,000 in September of 2001, a permit to remodel the kitchen on the main/second floor of the rather lovely Victorian at 1016 Pierce Street was requested and approved in 2010. A bathroom remodel was permitted in 2011. And in 2014, an over the counter permit to convert the basement/ground floor of the two-unit building into 425 square feet of habitable space, which was to be internally connected to the second floor unit, while the third floor unit was to remain untouched, was approved and completed.

But in 2019, following an anonymous complaint as to a potential illegal dwelling unit merger (DUM) having past occurred, an inspection revealed that the original two units on the second and third floors of the building had, in fact, been merged into a single 2,045-square-foot home and the new ground floor rooms, which were built with a separate entrance around the side of the home, were being used as an unpermitted short-term rental (which is likely what triggered the complaint).

From the City’s Notice of Violation issued to the owners of 1016 Pierce Street in October of 2019:

Our records indicate that the subject property is currently authorized as a two-family dwelling designed as two full floor flats. The violation pertains to the Residential Merger of these two flats into a single-family dwelling unit without the benefit of a Conditional Use Authorization, as required by Planning Code Section 317(c)(1).

Pursuant to Planning Code Section 317(b)(7), a “Residential Merger” shall mean the combining of two or more Residential or Unauthorized Units, resulting in a decrease in the number of Residential Units and Unauthorized Units within a building, or the enlargement of one or more existing units while substantially reducing the size of others by more than 25% of their original floor area, even if the number of units is not reduced. The merging of the two units has resulted in the loss of one independent dwelling unit, which constitutes as a violation of the Planning Code.

Plans to retroactively legalize the unpermitted merger of the two full-floor flats by converting the 425-square-foot basement “addition” into an Accessory Dwelling Unit (ADU), thereby restoring the two-unit nature of the building, were subsequently drawn and an application to secure a Conditional Use Authorization for the plan was submitted to Planning, the hearing for which is scheduled for this afternoon.

From the Planning Department’s recommendation to the Commission that will decide:

The Department finds that the Project is, on balance, inconsistent with the Objectives and Policies of the General Plan. The project removes a naturally affordable dwelling unit and does not maximize allowable residential density of the subject property in a time when San Francisco is facing a severe housing shortage. The proposed new studio ADU has no access to conforming open space and has limited access to light and air. The Department does not find the project to be necessary, desirable, and compatible with the surrounding neighborhood, and Vicinity.

And if the Commissioners agree, the building owners would be required to restore the top two floors of the building into two separate dwelling units, after which permission to add a third unit to the two-unit building could be sought. We’ll keep you posted and plugged-in.

Rents in S.F. Tick Down Another Percent, But…

Benchmark Mortgage Rate Inches Up, Fed Positioning for a Hike