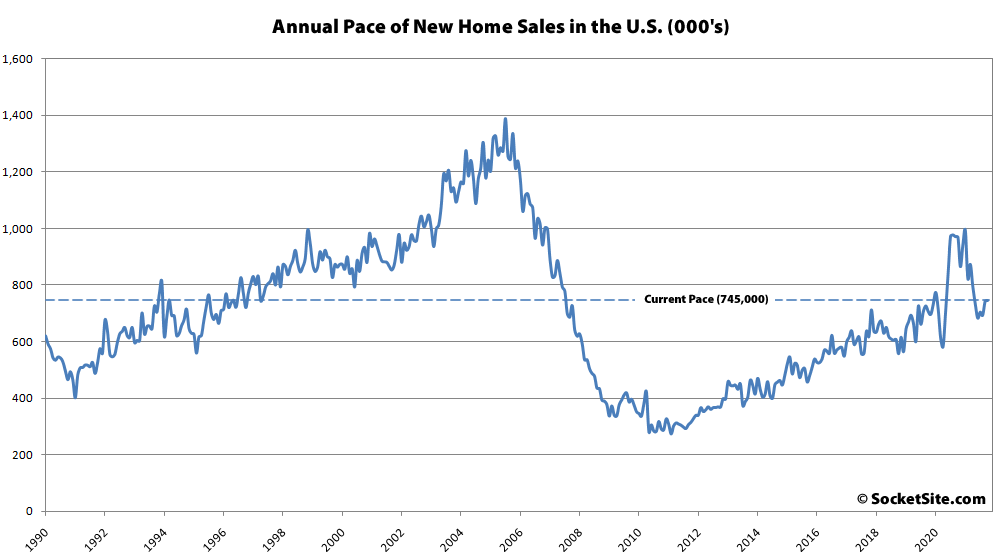 Having jumped a downwardly revised 7.1 percent in September, the seasonally adjusted pace of new single-family home sales in the U.S. inched up 0.4 percent last month to an annualized rate of 745,000 homes but was down 23.1 percent on a year-over-year basis and 25 percent lower than at the start of the year. 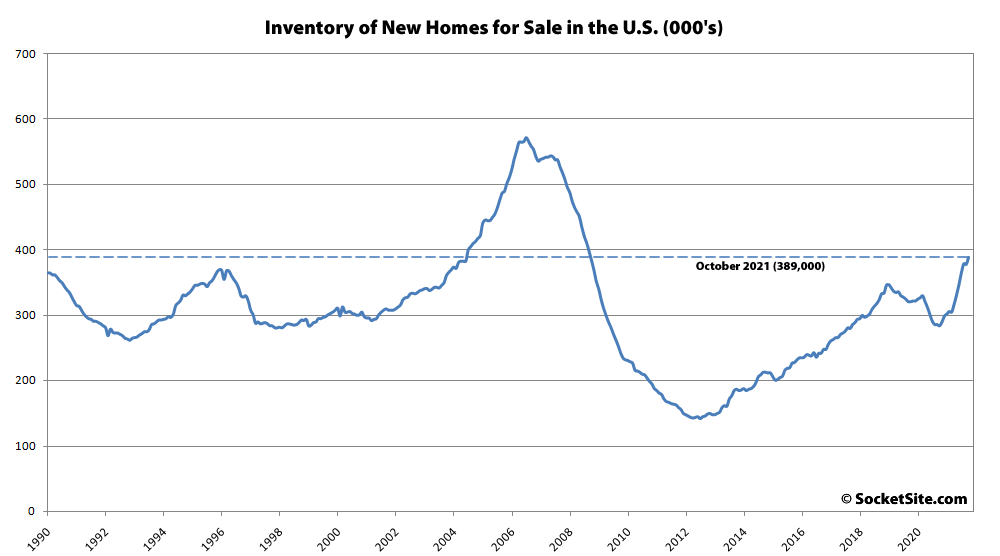 And while the median price of the homes which sold last month ($407,700) was 0.7 percent higher than in September and 21.1 percent higher than at the same time last year, that’s with 54 percent of the sales having been for homes with a sale price of at least $400,000 last month versus only 37 percent of the sales at the same time last year (i.e., the jump in the median is being driven by a change in the mix of what’s selling not “appreciation” per se).

A Temple to/for Dining and Traditional Thanks