Pace of New Home Sales in the U.S. Jumps, Still Down YOY 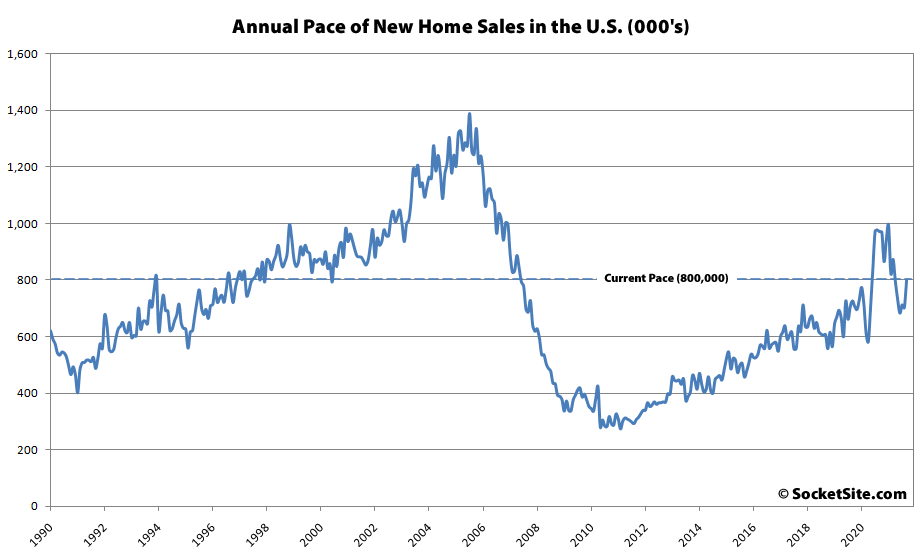 The seasonally adjusted pace of new single-family home sales in the U.S. jumped 14 percent in September to an annualized rate of 800,000 homes but was down 17.6 percent on a year-over-year basis and still 19 percent lower than at the start of this year with mortgage application volumes for new homes in September, which should roll into October results, having dropped.

At the same time and net of new sales, the number of new homes on the market across the country held at 379,000 in September, representing 32.2 percent more new homes on the market than there were at the same time last year and the most new home inventory in the U.S. since October of 2008 for the second month in a row (which shouldn’t have caught any plugged-in reader’s by surprise). 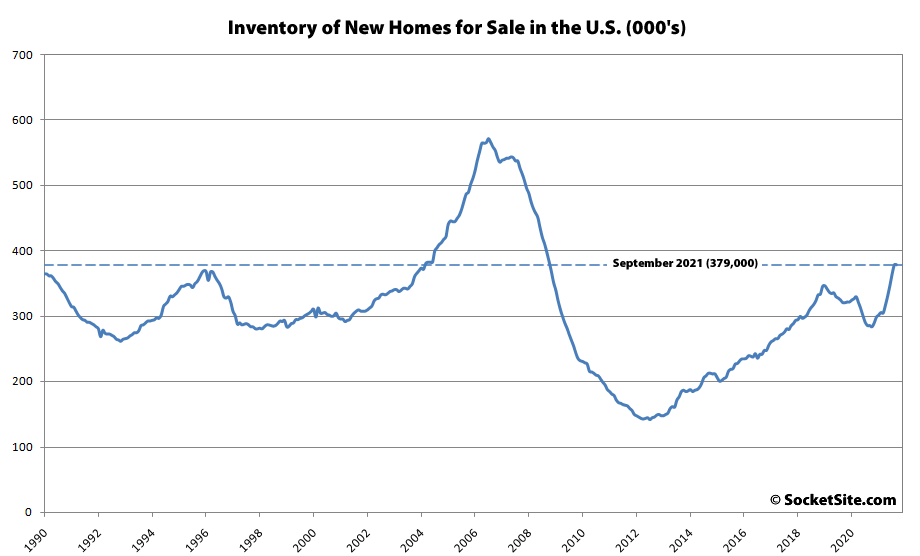 And while the median price of the homes which sold last month ($408,800) was 1.8 percent higher than in August and 18.7 percent higher than at the same time last year, that’s with 55 percent of the sales having been for homes with a sale price of at least $400,000 last month versus only 34 percent of the sales at the same time last year (i.e., the jump in the median is being driven by a change in the mix of what’s selling not “appreciation” per se).

Infamous Sea Cliff Mansion Now in the Hands of a Trustee